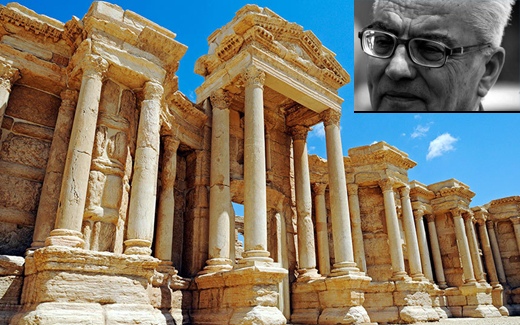 The Society for Iranian Archeology has expressed its deep sorrow for the loss of Khaled Asaad, a guardian of the common heritage of mankind.

The Society for Iranian Archeology has released a statement in condemnation of the beheading at the hands of IS terrorists of Khaled Asaad, a renowned Syrian archeologist.

The following is the translation of an excerpt of the statement Hamshahri daily published on August 26:

After Assad refused to reveal to IS terrorists the location of precious artifacts which had been moved out of the ancient city of Palmyra, he was executed brutally on August 18.

He chose to stay in Palmyra, even though he had the opportunity to easily move out of the city along with the ancient artifacts.

The tragic ending of his life reflects his admirable bravery and commitment to safeguarding the common heritage of mankind which will go down in the history of the region and the world.

Without a doubt, the world will remember Khaled Asaad not only as a guardian of the Syrian history and culture but as a protector of the world heritage.

The Society for Iranian Archeology expresses its deep sorrow for the loss of Khaled Asaad, a guardian of the common heritage of mankind, and a committed archeologist and researcher.