For Iran: Life on equal footing; For the world: diplomacy, not war 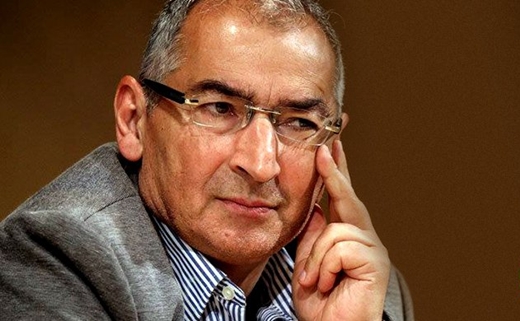 Sadegh Zibakalam, a political analyst, says that the example of Iran-P5+1 talks can be followed to settle some global crises, adding the nuclear deal is likely to redraw the region’s political map.

Iran’s economic ills are not expected to become history overnight. In the post-deal Iran, the economy is not expected to immediately register eight percent growth and generate sustainable employment for six million jobless people, observers say.

If the Joint Comprehensive Plan of Action is signed and nuclear talks between Iran and P5+1 – which are one of the biggest diplomatic battlefields since the First World War – produce positive results, the only change that will happen will be on the economic front. The country can better tackle its pocketbook issues and will be on the same footing with other countries after shedding the shackles of sanctions.

At regional and global levels, the conclusiveness of nuclear talks will help settle the existing problems and crises by changing the definition of peaceful coexistence in the world. With a nuclear deal in effect, countries will no longer base their ties with Iran on the Islamic Republic’s friendship or enmity with the West, nor will they rally around or against Iran based on Tehran-West relations.

What will unfold in Iran and around the world after Tehran and P5+1 ink a deal remains to be seen. Iranian and foreign analysts hold different views. Sadegh Zibakalam, an Iranian university lecturer and political analyst, maintains that the nuclear deal will not be like Moses’ stick to perform miracles.

Sharq daily on July 7 published Iran after the Historic Deal, an opinion piece by Zibakalam. The following is the translation of part of the piece:

A nuclear agreement is like the staff of Moses [the stick the prophet used at the parting of the Red Sea] to work miracles for the Iranian economy! It cannot bring down inflation, push down prices and help [slack] businesses get out of recession. Nor can it create jobs for six million people who are unemployed, accelerate the country’s economic growth to an annual eight percent which is obviously unachievable, cause the rain of divine blessings to pour down on the arid plains [of the economy] and, above all, make the systemic corruption which has gripped the administrative system a thing of the past.

The fact remains that such a deal is not expected to immediately transform Iran’s ties with certain neighbors to friendly relations or create a Middle East region free of nuclear weapons. Although the hardliners and those opposing a nuclear deal have wrongly claimed that the eleventh government and the proponents of the nuclear deal are hopeful that everything will become rosy in Iran overnight after the conclusion of a nuclear deal, I should say it loud and clear that the proponents of the nuclear deal do not hold any illusion that if the deal is struck today, everything will be transformed as of tomorrow.

To reform the economy and politics, to help society grow, to have a stable Middle East and to improve ties with certain neighboring countries and the wider world, Iran needs to adopt rational and optimal policies.

The pro-deal group has insisted on the conclusion of a good deal with the West, because they want to see the shackles the sanctions have fastened around the ankles of the Iranian economy removed. They want the national economy recover and experience normal conditions. […]

It is right to say that Iran will be on an equal footing with other countries only after its economy [battered by sanctions] is unshackled and other domestic obstacles which stand in the way are surmounted. Approval of the Joint Comprehensive Plan of Action (JCPOA) simply would mean that the commodities Iran is buying 30 percent higher than their average global price would be sold to the country at normal global prices.

In the meantime, the deal will be a historic milestone, not only for Iran but for the entire world. […] There is no doubt that the long-term effects of such a landmark deal will be significant for Iran, the Middle East and the whole world. […]

The nuclear deal at an international level will show that a solution will be within reach for many problems if the parties to the talks have genuine intention to settle their disputes and if the parties show willingness to take into account the other side’s considerations and concerns and do not insist on their own unilateral interests alone.

The example of nuclear talks between Iran and six world powers can be followed to settle some of the global crises, to say the least. The impact of a [similar] agreement would not be minimal for the Middle East.

Without exaggeration, the nuclear deal with Iran is likely to redraw the political map of the Middle East. The method by which countries in the Middle East have rallied behind one power over the past 36 years has indicated that a number of nations have taken pro-Western stances thanks to the hostility and gaps between Tehran and Washington, assuming that the West’s animosity toward Iran is a decisive factor for trans-regional powers [to determine which countries can be brought on board].

By the same token, the West’s animosity toward Iran – both in Iran and in the region – has served as a criterion for them [Middle Eastern countries] to decide [on the camp they seek to rally around] and select their political partners. Although relations between Iran and the West are not expected to change overnight after the conclusion of the nuclear deal, the past trend seems unlikely to continue to have a say in [the developments in] the Middle East. No longer will a number of regional countries adopt their policies simply based on hostility between Iran and the West.

The historic nuclear deal will have a long-term impact on Iranian society. To date, confrontation and tension have had the biggest influence on Iran’s ties with the West. Hardly can one see an event or development in the region in which traces of strained Iran-US relations cannot be found.

If Iran can reach an agreement with the United States over their sharp nuclear differences, isn’t it possible that Tehran and Washington can arrive at an agreement on other fronts?