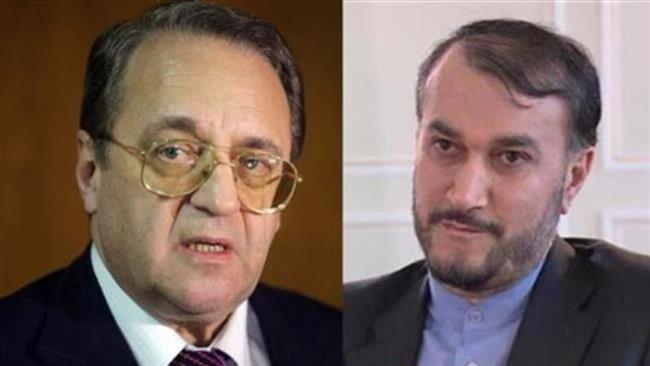 Senior diplomats from Iran and Russia have discussed regional developments, particularly the crisis in Syria ahead of talks on the Arab country’s future scheduled for January 29 in Geneva.

Iran’s Deputy Foreign Minister Hossein Amir-Abdollahian and his Russian counterpart Mikhail Bogdanov said after a meeting in Moscow Wednesday that the two countries shared a common view on the settlement of the regional crises.

Some opposition groups met in Saudi Arabia on Wednesday without reaching a final decision on whether they would attend the Geneva talks. The so-called High Negotiations Committee has postponed a decision until Thursday.

A Syrian government delegation, however, will attend the talks.

Syria has been gripped by a foreign-backed militancy since March 2011. The conflict has reportedly claimed the lives of over 260,000 people and displaced nearly half of the country’s pre-war population of about 23 million within or without its borders.

The Iranian diplomat arrived in Moscow on Wednesday for consultations with Russian officials on regional issues.