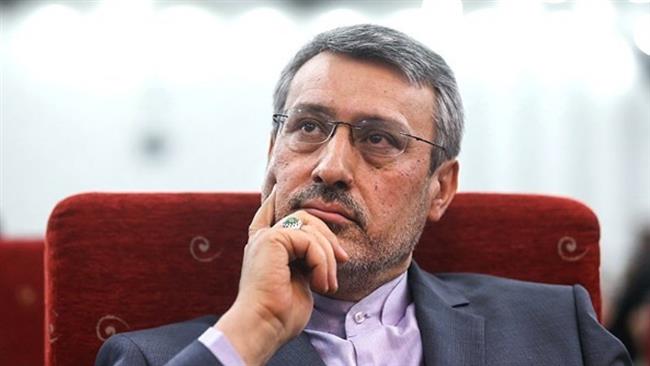 A senior Iranian negotiator has outlined the general points of a mutual understanding that Iran and P5+1 reached in Lausanne over Tehran’s nuclear program.

A senior member of Iran’s nuclear negotiating team has outlined the general points of a mutual understanding that Iran and the P5+1 group of countries reached in the Swiss city of Lausanne in April over Tehran’s nuclear program.

In a message posted on his Instagram account on Tuesday, Hamid Baeidinejad, who also serves as the director general for political affairs at the Iranian Foreign Ministry, enumerated 34 points about the Lausanne agreement.

He said the framework agreement has stabilized Iran’s regional and international position, improved the country’s relations with other countries, and led to the failure of an Iranophobia campaign.

It also recognized Iran’s right to enrichment and exploitation of uranium deposits while continuing activities, such as changing yellowcake to enriched materials at Isfahan’s nuclear facilities, he said.

According to the Lausanne understanding, Iran has the right to continue all activities related to nuclear fuel production at Isfahan facilities, carry out enrichment work at the Natanz and Fordo nuclear facilities, and complete the construction of the Arak heavy-water reactor, the Iranian negotiator said.

He noted that Iran has also the right to proceed with its enrichment research and development plan and build new advanced centrifuges.

Baeidinejad said the mutual understanding urged the West not to impose new sanctions on Iran which “helped to stabilize the country’s economic” situation.

He noted that the framework agreement lifted the ban on the export of petrochemicals from Iran which led to a considerable hike in the export of such products to the European markets.

It urged the US and the West to stop political and economic pressure on countries that import oil from Iran so that they can maintain purchasing one million barrels of oil per day from the Islamic Republic, he added.

The senior negotiator said the agreement prepared the ground for the gradual return of oil export revenues, and released nearly 10 billion dollars of Iran’s blocked assets.

The agreement removed the ban on the purchase of gold and precious metals and the import of auto spare parts to Iran, he further added.

It set the ground for Iran to purchase basic commodities and medicine via Japan and Switzerland without paying cash and through the transfer of its blocked assets in foreign banks, the Iranian official said.

Baeidinejad said that the agreement led to the opening of the accounts of Iranian banks in Europe, which had not been targeted by sanctions, and the transfer of money from the Central Bank of Iran to those banks.