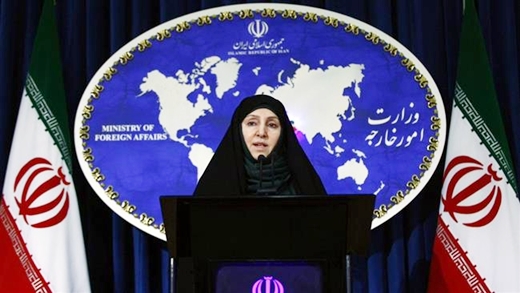 Iran has warned that the blame game Saudi Arabia is playing over the deadly Mina stampede is tarnishing its own image.

“[The Saudi] obstinacy, [playing a] blame game and shirking its heavy responsibility over the deaths of several thousand pilgrims of the House of God will further tarnish Saudi Arabia’s image in the world,” Foreign Ministry Spokeswoman Marzieh Afkham said Tuesday.

She added that poor management and lack of foresight on the part of Saudi officials caused the deadly incident in Mina.

The fatal crush in the Saudi town of Mina occurred on September 24 after two large crowds of pilgrims, who were on their way to participate in the symbolic stoning of Satan, a Hajj ritual, collided.

Saudi Arabia has so far confirmed the deaths of nearly 770 pilgrims in the incident.

Afkham urged Riyadh to apologize to Muslim countries for its failure in managing the Hajj pilgrimage ritual.

Afkham further rejected al Jubeir’s “unhelpful and irrelevant” allegations that Iran has been fueling tensions in Syria and Yemen.

“The continuation of the policy of armed intervention in Syria and Yemen and the [systematic] destruction of the infrastructure in Arab and Muslim countries have spread extremism and instability across the region,” Afkham said.

Brushing aside the claims, Afkham said that Saudi Arabia has turned into the “main source of expansion of extremism and belligerency” by pursuing warmongering policies.

She also slammed the Saudi regime for the recent killing of over a hundred Yemeni civilians at a wedding party.

The United Nations on Tuesday confirmed that at least 135 civilians, including many women and children, were killed in a Saudi airstrike on a wedding in Yemen.

“This may be the single deadliest incident since the start of the conflict,” UN Human Rights Agency Spokesman Rupert Colville told reporters.