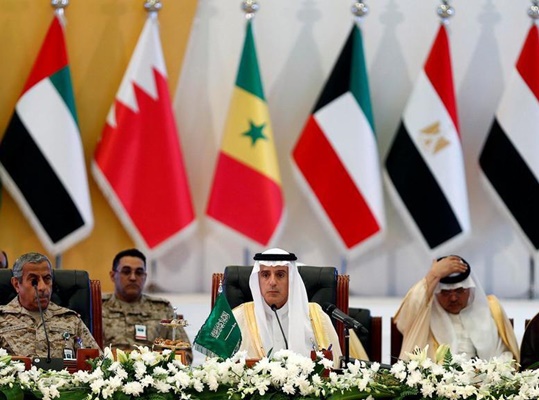 An Iranian lawmaker says the Arab Coalition Summit recently held in Riyadh was aimed at forming an Arab NATO and pursuing the goals of the US in the region.

Iranian MP Seyyed Mohammad-Javad Abtahi says the goal of this meeting was to form an Arab NATO, but it should be noted that the objectives of such coalitions have never been accomplished.

He further referred to the coalition’s statement that accused Iran of supporting the Houthis in Yemen and sending arms to the country stressing that the Arab Coalition Summit was held to pursue the goals of the US in the region.

The representative of Khomeyni-Shahr of the central Isfahan Province in the Iranian parliament went on to say that the President of the United States pursued the formation of the Arab NATO during his visit to Saudi Arabia.

“So there’s no doubt that a coalition is going to be formed to wage a new proxy war in the region,” said Abtahi.

He also mentioned that Riyadh has always pursued formation of such coalitions for many years, but fortunately such objectives have never been achieved.

The neighbouring Muslim countries like Oman, Pakistan, etc., are aware of the position of the Islamic Republic in the region and the world, and have explicitly declared in their positions that they do not want to be part of the US policies.
“Saudi Arabia, for no reason, has committed war crimes in Yemen and therefore cannot accuse our country of sending weapons to Yemen.”

Abtahi also pointed out that Saudi Arabia and some other countries are afraid of the resistance of the nations, or in other words, are afraid of the Islamic awakening, so with such summits and coalitions, they seek to prevent its achievement.