Sanctions to be lifted on day of nuclear deal finalization: Iran’s Araghchi 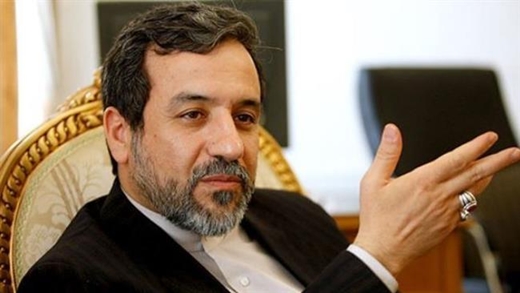 On the day of the agreement between Iran and P5+1, all financial sanctions by the EU, the US, and the Security Council against Iran will be removed, said Araghchi.

All economic and financial sanctions against Iran will be lifted on the day a nuclear deal takes effect, Iranian Deputy Foreign Minister Abbas Araghchi says.

“On the day of the agreement, all economic and financial sanctions by the EU, the US, and the Security Council will be removed and we will take measures to meet commitments,” the top Iranian negotiator said during a live program from Vienna broadcast by IRIB on Saturday.

Both sides are trying to reach the July 7 deadline, but Iran is not bound to the date, Araghchi said, adding that Tehran will not accept a bad deal and is looking for an agreement that respects its red lines and the Iranian nation’s rights.

“We had never advanced this far during the past talks,” he added.

Also on Saturday, Iranian Foreign Minister Mohammad Javad Zarif met with US Secretary of State John Kerry in the presence of deputy foreign ministers and head of the Atomic Energy Organization of Iran Ali Akbar Salehi as well as US Secretary of Energy Ernest Moniz.

“With the cooperation from Iran I think we can issue a report by the end of the year on the … clarification of the issues related to possible military dimensions,” said Amano before heading to the latest round of talks.

Iran and the five permanent members of the UN Security Council – the United States, Britain, France, Russia and China – plus Germany are pressing ahead with talks to hammer out a final deal after they missed a self-imposed June-end deadline.