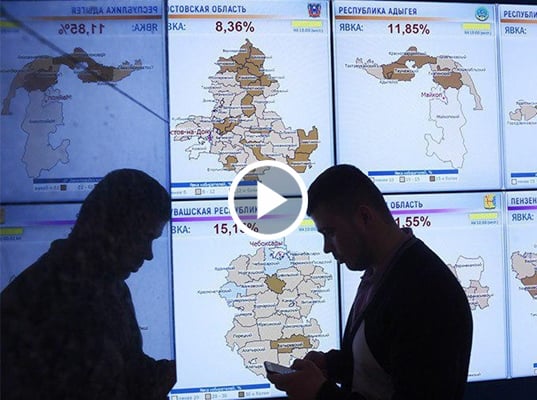 Russian media are reporting that there is an ongoing cyber-attack on Russia’s Central Election Commission, targeting its information centre.

According to the Commission’s secretary, the Central Election Committee’s website had earlier come under a DDoS attack from 15 countries.

“We are registering what is in fact a cyber-attack on our information centre,” the commission’s secretary, Maya Grishina, said.

The commission’s website was attacked soon after voting began. A distributed denial-of-service (DDoS) attack peaked between 2am and 5am on Sunday, chairperson Ella Pamfilova said.

The attack originated from 15 countries, according to Pamfilova.