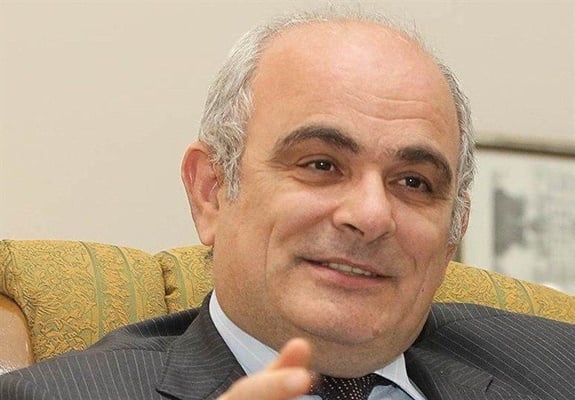 Russia’s Ambassador to Iran Levan Dzhagaryan has clearly stated that his country is naturally concerned over a military confrontation between Tehran and Tel Aviv, and is trying to prevent that from happening.

“Sometimes conflicts do arise, and we are naturally concerned about the possibility of a military confrontation between Iranian and Israeli forces in Syria,” Dzhagaryan told the Russian newspaper Kommersant on Wednesday.

“We do our best to prevent this. To prevent the escalation of conflict,” Dzhagaryan added.

His comments come as Ali Akbar Velayati, the special envoy of Iran’s Leader, and Israeli Prime Minister Benjamin Netanyahu both visited Moscow on the same day last week, and held separate meetings with Russian President Vladimir Putin, fuelling speculations that Moscow is trying to mediate between the two sides.

After Netanyahu’s meeting with Putin, diplomatic sources said that “Russia is acting to push Iranian forces from near the Syrian border” with Israel.

However, Dzhagaryan portrays a different reality: “Iran is not a country that you can put pressure on. This is a big state, pursuing an independent foreign policy. It is only possible to work with the Iranians through persuasion, whereas pressure is counterproductive.”

When asked to comment on Tehran’s role in resolving the Syrian conflict, Dzhagaryan recalled that Iran’s military presence in Syria is legitimate. “Just like the Russian military, the Iranians are there at the invitation of the legitimate Syrian government and are participating in the operation to eradicate terrorists.”

In response to the question of Russia’s continued consumption of Iranian oil after November despite threats from Washington, the ambassador said, “We do not recognize unilateral American sanctions, from our point of view, they are illegal.”

“Our trade and economic relations are developing quite dynamically. We have a number of large-scale projects, including the second and third stages of the Bushehr Nuclear Power Plant, the construction of four power units of the Sirik Thermal Power Plant and electrification of a railway stretch between Garmsar and Ince Burun. Despite threats from the US, today I see no obstacles for implementing these projects,” he said, adding that work on them continues in normal mode.

According to the Russian envoy, the Iranian authorities are doing their utmost to prevent the country’s isolation and any further negative trends in the national economy. “We are ready to provide assistance to Iran in that matter.”

“For us, Iran is a friendly country. We cooperate in various spheres, and in some of them, for example, in terms of ending the war in Syria and launching a full-fledged political settlement process, Iran is one of our key partners,” the diplomat concluded.