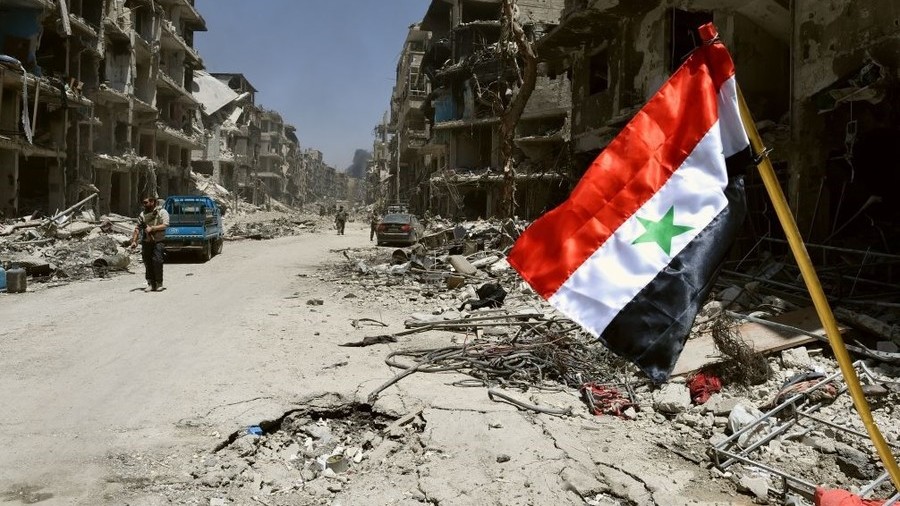 The guarantors of the Astana process (Moscow, Tehran and Ankara) see no alternatives to the Syrian Constitutional Committee and are determined to furnish all-round support for its activities, a Russian diplomat said after consultations with Iranian and Turkish delegations.

“It is most important that all three guarantor countries support this process and see no alternatives to the constitutional committee in Geneva. All sides will furnish comprehensive support for its activities,” Russia’s special presidential representative for Syria, Alexander Lavrentiev, stated on Tuesday.

The 6th round of sessions by the Small Group (editorial board) of the Syrian Constitutional Committee took place in October. The UN Secretary-General’s special envoy, Geir Pedersen, acknowledged that key disagreements and mutual distrust remained among the participants in the Geneva dialogue, which prevented them from discussing the drafts of a constitutional reform.

The Small Group is expected to produce recommendations regarding amendments to the country’s fundamental law. General elections under the UN auspices are to follow.

Lavrentiev added Russia, Iran, and Turkey have discussed some concrete measures to maintain a ceasefire in Syria.

“We held talks with the Turkish delegation, and prior to that, we negotiated with the Iranian side. We addressed all issues in a very constructive manner,” the Russian envoy noted.

As Lavrentyev mentioned, the sides focused on stabilizing the situation in Syria to reach a ceasefire.

“This refers both to Idlib and the south, including the Syrian-Turkish border in the north, where the clashed have recently intensified,” the diplomat pointed out.

The 17th International Meeting on Syria in the Astana format is taking place on December 21-22 in Kazakhstan’s capital. The participants are likely to address the future prospects of the Syrian Constitutional Committee in Geneva, the recent developments in Syria, efforts focused on maintaining the ceasefire in the de-escalation zones in line with the previous agreements as part of the Astana format. A working group on captives, with the participation of guarantor countries, as well as the UN and the International Committee of the Red Cross are going to hold a meeting.

Lavrentyev said Moscow expects that the sanction pressure on Syria, levied by several states, will be rolled back in 2022.

“Unfortunately, the Astana format members and [the Syrian] Constitutional Committee stick to somewhat different approaches. <…> The position and policy of exerting pressure on Damascus through sanctions still remains. But we hope for some changes as early as next year,” the Russian envoy noted.

Lavrentyev pointed out that it would be challenging to stabilize the situation in the war-ravaged Middle Eastern nation without providing humanitarian aid and launching some projects to revive the Syrian economy.

“It is just going to take much longer,” the diplomat mentioned.

“We are still hammering out the final statement, it needs some adjustment. All states have their own approaches, however, there are no any insoluble difficulties, which would prevent the adoption of a joint statement,” the Russian envoy continued.

The joint statement is likely to be adopted by the Astana format member states on Wednesday.

The next meeting of the Syrian Constitutional Committee in Geneva may take place in January 2022, Lavrentyev told reporters.

He recalled that Pedersen was in Damascus on December 12.

“His impression was quite positive. We believe this allows us to expect the next, seventh session of the Constitutional Committee to be convened in January. We all hope that during this session the Syrian parties will be able to find a compromise solution,” he said.

He added that the results of the previous session were very modest but the parties were able to sit down at the negotiating table.