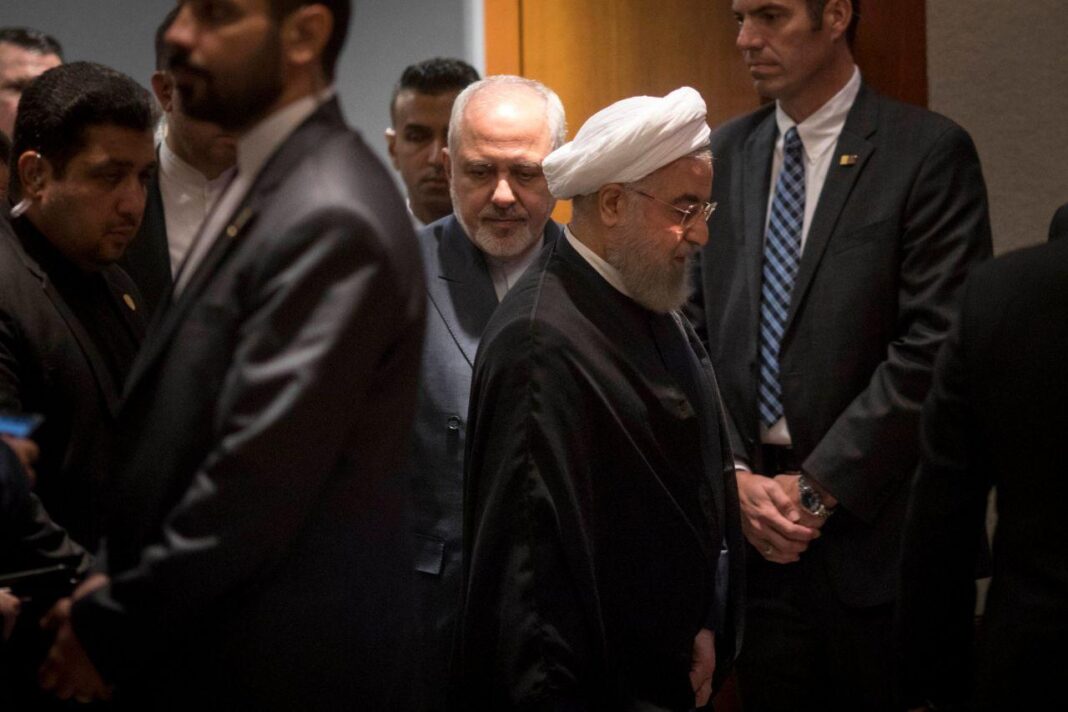 An advisor to Iranian President Hassan Rouhani says he did whatever he could to preserve the Iran nuclear deal, and was even ready to meet his American counterpart if Trump was seriously after a deal.

In an interview with local media, Hessam-ul-din Ashna has elaborated on a range of issues involving the president.

In part of the interview, he underlined that Rouhani made every effort to preserve the 2015 Iran nuclear deal, officially known as the Joint Comprehensive Action (JCPOA)

“I confess that that Mr. Rouhani would make any sacrifices to preserve the JCPOA,” he noted.

“The president would pawn his honour or would be ready to be cursed in order to ward off sanctions,” he said.

“But the president came to realize that [US President Donald] Trump was not going to settle the issue and just wanted to take a photo (i.e., paint a publicly acceptable image of himself),” the advisor noted.

“If Mr. Rouhani had been confident that Trump wanted to resolve the issue and, more importantly, was structurally capable of doing so, he (Rouhani) might have adopted other decisions,” he said.

“If reaching a deal with Trump had had costs on the domestic front only, Mr. Rouhani would have paid them. Likewise, the phone conversation with [former US President Barack] Obama and getting into the nuclear deal had very heavy costs for Mr. Rouhani, but he managed to move forward,” said the advisor.

“Mr. Rouhani is still not forgiven by some power circles for the agreement (JCPOA) he initiated, but the Trump phenomenon is an exceptional one in the world,” he said.

Mr. Trump would say, “We won’t hold talks with people, but with governments.” “Accordingly, when Mr. Macron, in New York, gave an offer of trilateral negotiations, Mr. Rouhani did not reject it,” said Ashna.

“Negotiations between Mr. Rouhani and Mr. Macron went so far that four-point proposal was put forward; the proposal held that Iran and the US should accept these commitments and re-enter talks with these commitments,” he added.

“They were put on paper and some negotiations were held through an intermediary. But the Americans believed that talks needed to start, so that both sides would see whether or not they could fulfill those four provisions; this was a bone of contention,” he said.

“Mr. Macron drew up provisions, and Mr. Rouhani said the he agreed with those four provisions in principle, but needed to work more on them,” said the advisor.

“When Mr. Rouhani went to New York, work had progressed well and both sides were working on the ‘language’ of those provisions. But suddenly, Mr. Macron goes to Mr.

Rouhani’s room that night and says he has the required devices and equipment with him, and that Mr. Trump, too, wants to talk to the Iranian president that night without any prior arrangement or agreement,” the advisor added.

According to Ashna, Macron told Rouhani that Trump had not agreed to the provisions, which meant Rouhani would have to accept the risk of entering into talks with Trump, talks that would have no result for Iran, but would serve to make Trump popular.

“Although Rouhani was prepared for a meeting, he realized that Trump’s goal was not to reach agreement. Given that Iran was under sanctions, unconditional talks would mean giving in to Washington’s demands,” he said.