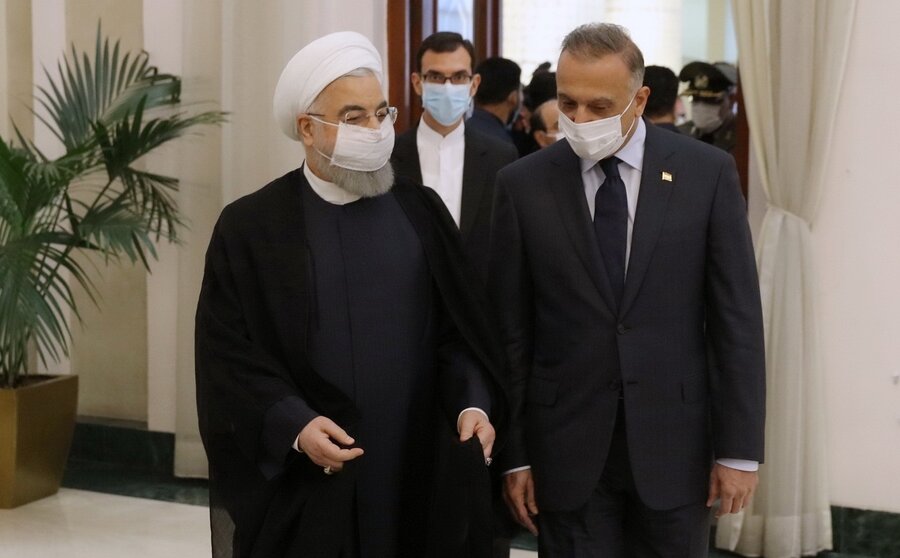 Iran’s President Hassan Rouhani has praised Baghdad’s support for the Palestinian nation in the wake of the latest round of Israeli aggression, but urged Iraq to utilise its power in the Arab League for addressing the crisis in Palestine.

The Iranian president made the comments in a telephone conversation with Iraqi Prime Minister Mustafa Al-Kadhimi on Monday.

In this phone call, Rouhani welcomed Iraq’s stances in support of Palestine and in condemnation of the crimes committed by Israel in the occupied Palestinian territories and the Gaza Strip.

“We expect Iraq, considering its capacities in the Arab League, to try to make the league more active on the issue of Palestine,” he added.

He also voiced support for Iraq’s participation in regional affairs and welcomed Baghdad’s positive mediatory role in the settlement of conflicts among regional states.

The president further emphasized the necessity of cooperation between Iran and Iraq in the fight against Takfiri terrorist groups which he said seek to harm the good relations between the two neighbors.

Rouhani also denounced the US’ double standard in the war on terrorism and deplored its vague performance along the common border of Iraq and Syria. “The Americans have always had a destructive role in the region, and their presence in Iraq would not provide any help for stability and security of the country.”

The Iraqi premier, for his part, strongly condemned the Israeli regime’s massacre of defenseless Palestinians in Gaza and stressed the need for serious and decisive action against the Zionist crimes.

Al-Kadhimi pledged that Iraq will definitely adopt firm stances on the recent developments in Palestine in consultations with Muslim leaders and the Arab League members.

The Iraqi prime minister also urged serious confrontation with ISIS terrorist group across the region, expressing gratitude to Tehran for cooperation with Baghdad in the battle against terrorism.