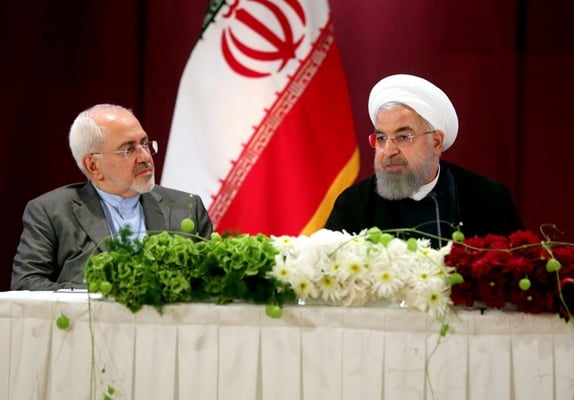 In an address to Iranian expats in Switzerland on Monday, Rouhani described the US’ call to block Iran’s oil export as nonsense.

“The US officials claim that they are going to block Iran’s oil exports but it seems they don’t realize the meaning of the claim because it is nonsense to say that Iran’s oil exports must be blocked but other regional states could keep exporting their oil,” he was quoted as saying in a report by Entekhab news website.

President Rouhani said the US’ main goal of re-imposing sanctions on Iran is to exert further pressure on the Iranian nation.

“The US officials say they are putting pressure on the Iranian government but the realities on the ground speak differently because what we see in practice is that they are banning the export of basic supplies like pharmaceuticals into Iran. Therefore, we can raise this question that who is the main target of such sanctions?” he noted.

Iranian president then underlined that the US sanctions are hampering industrial investments in Iran and this consequently puts Iran’s banking and insurance systems in trouble.

According to Rouhani, the pressure on banking and insurance system means exerting further pressure on the Iranian nation and targeting their development and prosperity.

Elsewhere in his address, he added the Iranian nation will never give in to economic pressure, saying the country has been going through hard economic conditions due to the western sanctions over the past four decades.

Rouhani arrived in Zurich on Monday for talks on the ongoing crises in Yemen and Syria as well as ways to save the Iran nuclear deal.

He is also expected to visit Austria which has taken the rotating presidency of the EU just recently.

In an address before embarking on his visit to the Western European states, Rouhani underlined that one of the main goals of his trip is to take advantage of the huge untapped capacities for strengthening ties with Bern and Vienna.