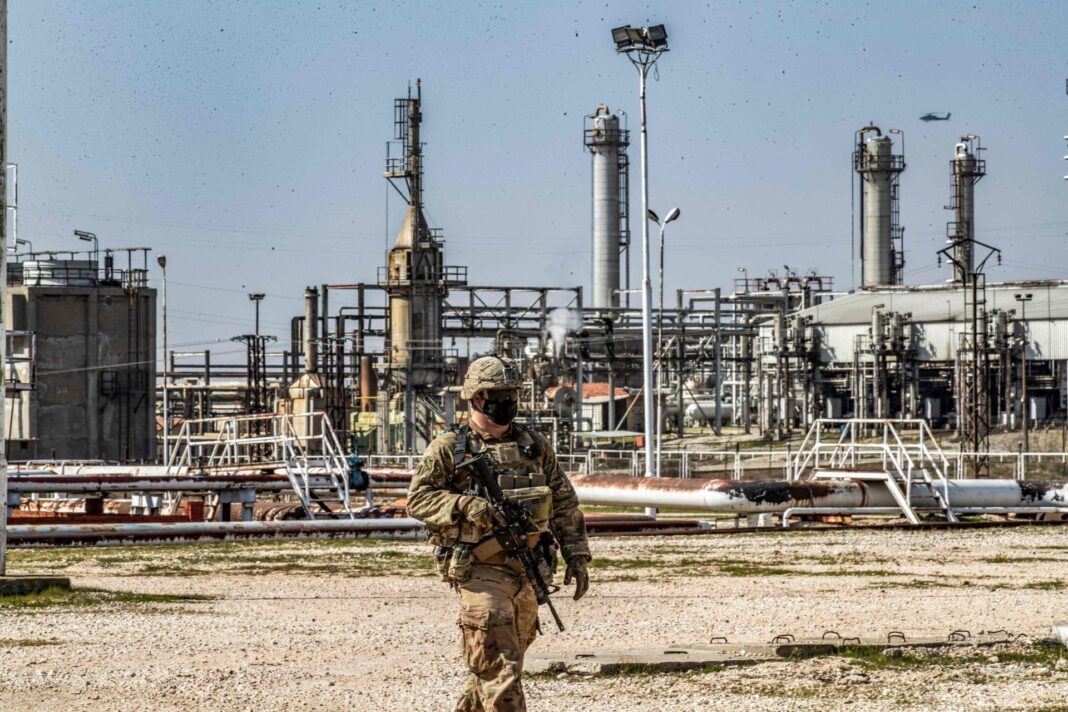 A Local source, speaking on condition of anonymity, told Anadolu news agency that ‏the projectiles slammed in the vicinity of the US-controlled al-Omar oil field late on Saturday, causing a fire.

The sources added that American forces stationed at the field put out the fire, and responded with missile strikes.

There were no immediate reports of serious injuries and the extent of damage caused. So far, no group has claimed responsibility.

US military drones also flew over the field following the attack.

Separately, a number of rockets targeted a military base in Iraq’s northern province of Nineveh, where Turkish military forces are engaged in on-and-off operations against positions of the Kurdistan Workers’ Party (PKK) militant group in the semi-autonomous Kurdistan region.

Sabereen News reported that three rockets were launched at Zilkan base in northern Iraq’s Bashiqa region late on Saturday.

The report added that Turkish forces responded to the attack with a volley of artillery rounds.

Shortly afterwards, four other rockets slammed in the Turkish-occupied military base.

Iraq and Turkey have been locked in a dispute over Ankara’s military activities in Kurdistan region. The Baghdad government has repeatedly called on the Turkish government to stop violations of Iraqi sovereignty.

Militants of the PKK — designated as a terrorist group by Ankara, the United States and European Union — regularly clash with Turkish forces in the Kurdish-dominated southeast of Turkey attached to northern Iraq.

A shaky ceasefire between the PKK and the Turkish government collapsed in July 2015. Attacks on Turkish security forces have soared ever since.

More than 40,000 people have been killed during the three-decade conflict between Turkey and the autonomy-seeking militant group.