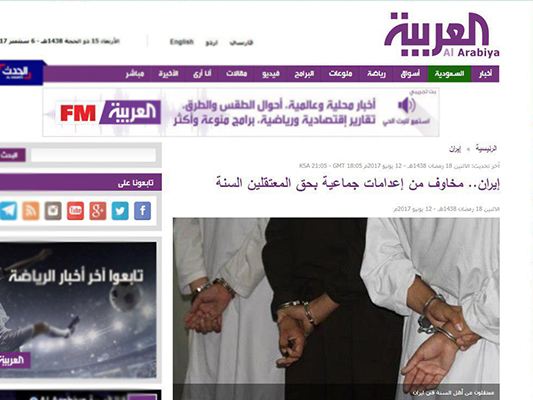 An advisor to Saudi Arabian royal court, Saud al-Qahtani, has denied as baseless the reports that the royal family has ordered Saudi media not to attack Iran.

On his Twitter account, Qahtani claimed Qatari government is behind these “rumours” and added the Qatari officials are seeking to justify their relations with Iran by contributing to such reports.

The Arab newspaper Ray al-Youm quoted on Monday some high-ranking sources in Saudi Arabia as saying Saudi media (print and electronic) have been banned by the royal court from criticising Iran and the Shiite Muslims.

This comes as the Al Arabiya website has already published two anti-Iran stories on its front page, including repeated accusations against Iran. According to a Farsi report by the Fars News Agency, the false stories reveal that Iran is still under the criticism of Saudi media.