Reuters Tries to Understate Significance of Friday Rallies in Iran 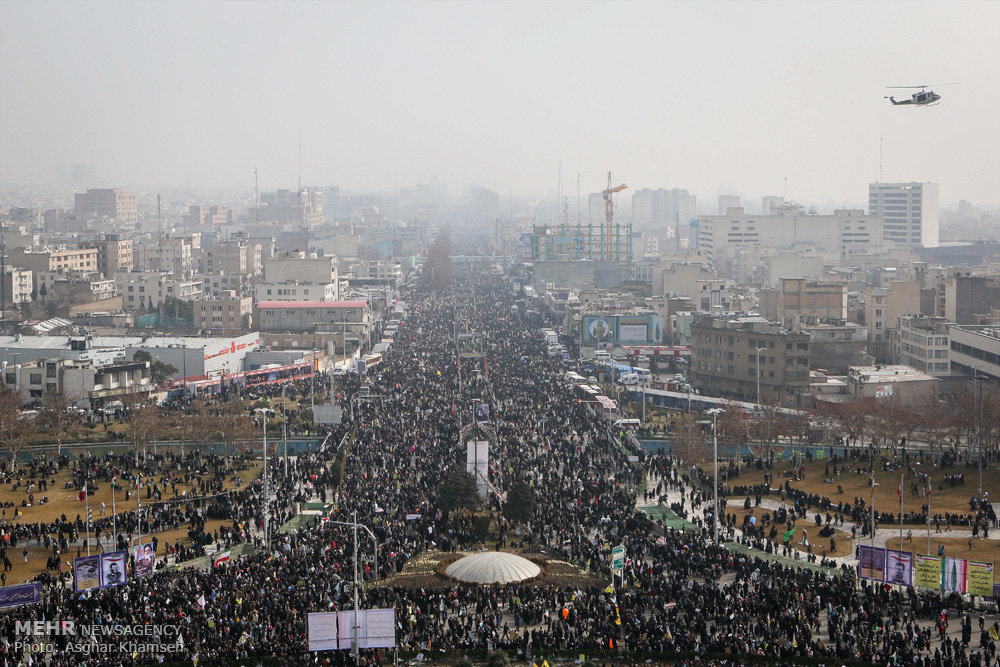 In a politically-oriented report, Reuters claimed that only “hundreds of thousands” of Iranians rallied on the anniversary of the victory of Iran's Islamic Revolution on Friday, February 10, and merely to reject US President Donald Trump's anti-Iran threats.

While, reports by numerous international media confirm that millions of Iranians on Friday poured into the streets across Iran to swear allegiance to the Leader of the Islamic Revolution Ayatollah Seyyed Ali Khamenei as well as aspirations of the Islamic Revolution of 1979 and its founder Imam Khomeini, Reuters, a UK-based news agency, has claimed that only “hundreds of thousands” of people had rallied merely in a move to reject US President Trump’s warning that he had put the Islamic Republic “on notice”.
Reuters’ report was a politically oriented move to play down the significance of the Iranian demonstrations, Fars News Agency said in a Farsi report.
Based on the Iranian marchers’ photos broadcasted by Iran’s state TV (Islamic Republic of Iran Broadcasting), Reuters wrote, “Hundreds of thousands of Iranians rallied on Friday to swear allegiance to their clerical leaders and reject US President Donald Trump’s warning that he had put the Islamic Republic ‘on notice’.”
According to Press TV, in their millions, Iranians filled the streets countrywide to relive the day 38 years ago when the nation’s hard-fought Islamic Revolution against the former US-backed regime became victorious.
People from all walks of life rallied in different cities and towns across Iran to celebrate the anniversary of the 1979 Islamic Revolution.
On, February 11, 1979, the Iranian nation’s struggles and protests against the tyrannous monarchical Pahlavi regime came to fruition under the leadership of Imam Khomeini, the religious and spiritual leader who is known as the “great architect of the Islamic Republic”.