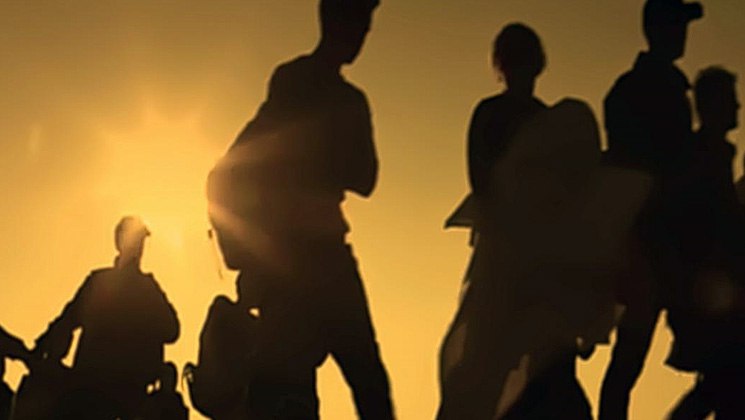 Human beings have many reasons for migration. Education, pursuit of better jobs, greater security and freedoms are among the reasons why hundreds of thousands of people leave their country legally and illegally every year.

Impact of Covid pandemic on immigration

Initially, it was imagined that the Covid pandemic in the world would seriously disrupt and inhibit international migration and relocation, but various reports of illegal immigration from many countries disproved these speculations.

However, accurate statistics on the impact of Covid on international migration have not yet been published, but they mostly predict that the world will face huge waves of migration in the post-Covid era because, as in the pre-Covid era, the main drivers of migration, including poverty, hunger, unemployment, discrimination, violence and insecurity, etc., were strongly strengthened during the pandemic.

Therefore, international migration will release its explosive energy after Covid is gone.

The same speculations have led some experts to refer to the post-Covid era as the mass migration period. Mass migration generally means large-scale human migration, mainly in cases such as a military attack on a country by the people of that land, like what happened on August 15, 1947. On this day, the disintegration of British India led to the largest mass exodus and forced more than 18 million people to flee their homeland.

For years now, some foreign media outlets have been trying to insinuate that Iran is one of the countries where mass migration will take place for a variety of reasons, but this assumption has never been substantiated with tangible proof. The Iranian Immigration Observatory, as the most official institution in this field, has provided figures and evidence proving that not only has mass migration never occurred in Iran, but in recent years, Iran has witnessed a reverse flow as elites are returning to the country. This is a development that can accelerate the process of reverse migration given Iran’s achievements regarding the containment of the Covid pandemic in the country.