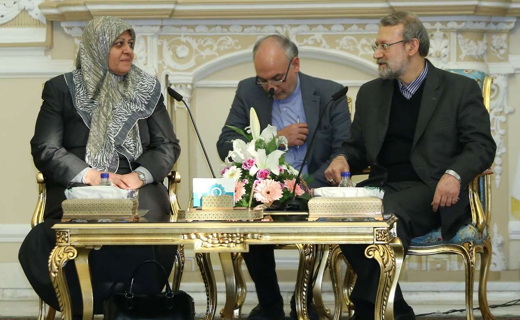 Iran feels duty-bound to support the Iraqi government and nation and Iraq can count on Iran’s support, said Ali Larijani.

Parliament Speaker Ali Larijani said on Tuesday that the Iraqi government’s success in restoration of peace and security to the country will benefit the entire region.

Larijani made the remarks in a meeting with Iraqi Minister of Health Adilla Hamoud Hussein.

The Iranian speaker hailed the recent achievements of Iraqi forces in the fight against terrorist groups.

Larijani voiced Tehran’s support for the government of Baghdad in campaign against terrorism and said, “Iran feels duty-bound to support the Iraqi government and nation and Iraq can count on Iran’s support.”

Meanwhile, the Iraqi minister appreciated Iran’s support for the Iraqi government, saying Iran has played a key role in establishment of stability in Iraq.

Hamoud Hussein said that the Iraqi nation is in dire need of humanitarian aid from the Islamic Republic of Iran, especially medical supplies, as the country is faced with a wave of terrorist attacks.