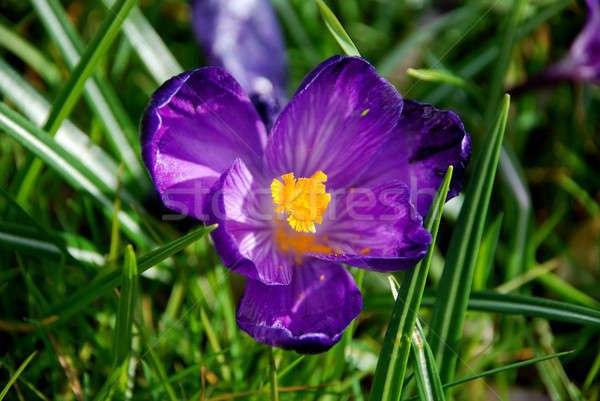 Iranian researchers have introduced the extract of the Persian violet for the complementary treatment of breast cancer.

Breast cancer has the highest mortality rate of all other types of cancer among women in Iran, as in many other parts of the world.

Physicians have used different types of treatment such as chemotherapy and radiotherapy to combat these cancerous cells. In most cases, however, cancer stem cells are not destroyed and the disease recurs. The reason is that the cells left behind are capable of reproducing and creating a new cancer condition, leading to the recurrence of the disease.

So, researchers at the University of Isfahan and the Royan Institute of Isfahan in central Iran began to conduct research on herbs in a bid to control this type of cancer.

Throughout the research, a group of herbal cyclic peptides drew their attention. These compounds are naturally regarded as a defence element in plants. Their research shed light on the anti-cancer properties of these compounds. They focused their research on the Persian violet.

“Our research on the herbal extracts of the Persian violet showed they were effective in fighting cancer cells in the breast and slowed down or stopped their growth,” said Kamran Qaedi, the manager of the research project.

“Cancer tissues have cancer stem cells which are left behind and grow again even after surgery is conducted and the cell mass is removed. So, using a complementary treatment can be effective,” he added.

“The extract of the Persian violet is that very complementary treatment which can stem the growth of cancer stem cells in the breast. We are trying to have the medicine hit the market soon,” he said.

The herbal medicine will soon hit the shelves.

The research was partly financed by the Researchers and Technologists’ Support Fund of the Science and Technology Department of the Presidential Office.