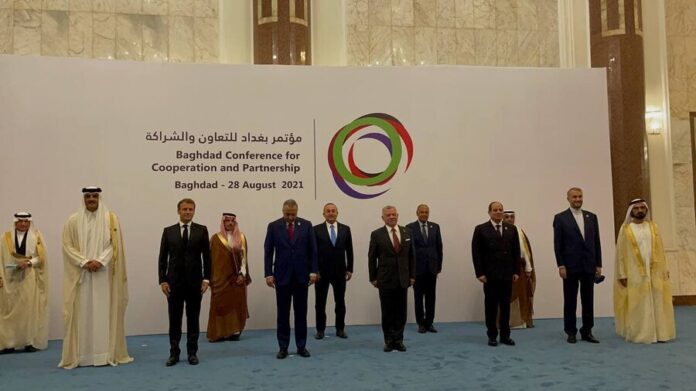 Reports indicate that Iranian Foreign Minister Hossein Amir Abdollahian took umbrage at the arrangement of the locations of dignitaries at a photo opportunity at a regional summit in the Iraqi capital Baghdad.

The Baghdad Conference for Cooperation and Partnership was held in the Iraqi capital on Saturday where the top Iranian diplomat was also present.

The Iranian news website, Entekhab, quoted unnamed sources as saying, It seems the host country had arranged the locations of the participants at a photo opportunity in such a way that Iranian and Saudi foreign ministers would be standing next to each other.

Dismayed at the arrangement, the top Iranian diplomat stood in the first line, instead.

But it was not the end of the story as the United Arab Emirates’ prime minister, who had attended the event, reportedly took offence at Amir Abdollahian standing in the first line, so much so that the Emirati premier did not deliver a speech at the conference and walked out.

As a result, an Emirati minister gave a speech, instead.