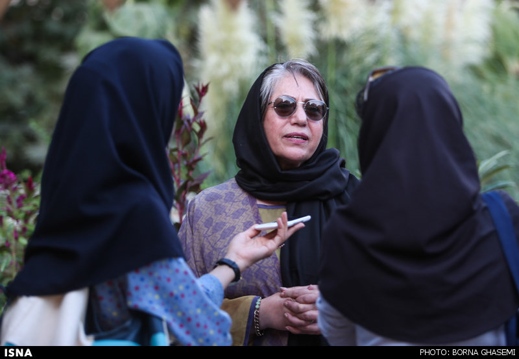 Rakhshan Bani-Etemad’s international award will be put up for sale; the proceeds will go to a charity to offer accommodations to homeless women in Tehran.

Rakhshan Bani-Etemad, an internationally and critically acclaimed Iranian director and screenwriter, has offered the last international award she has won for The Tales – a series of seven short stories – to an initiative to build a shelter for homeless women in Tehran.

The Tales, Bani-Etemad’s latest drama, took one of the two jury grand prizes of the 8th Asia Pacific Screen Award (APSA) held in Australia in December 2014.

The Iranian Students News Agency (ISNA) reported the famous filmmaker’s decision to build a shelter for women with no housing on March 7. The following is the translation of the report:

The award will go under the hammer in an international auction and the proceeds will be invested in a housing project by Toloo Bi-neshanha Society, a charity, to accommodate female rough sleepers in the capital.

In a few days, her award will be transferred to the location of the housing project to be later sold to the highest bidder in an international auction.

Earlier the leading filmmaker had said her prizes would be sold after her death for establishing a foundation – supervised by her children – to support damaged women.

On Friday (March 6), Unruled Paper a film by Nasser Taghvai was screened at the charity institute to support the housing project for homeless women. After the screening, The Tales’ award was handed over to the institute.

[The Tales is composed of seven short episodes, in which Bani-Etemad reveals the fate of some of the main characters in her previous films like The Blue-Veiled, Under the Skin of the City and Mainline.]