Remains of Medieval Warrior with Arrow in Chest Found in Bulgaria 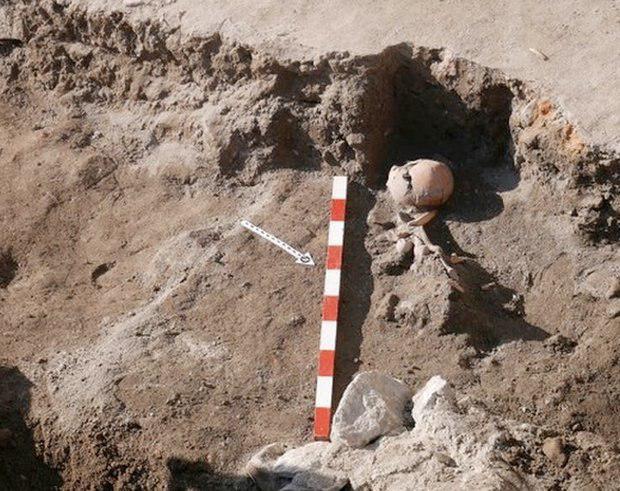 Archaeologists have found a medieval grave in Plovdiv in southern Bulgaria where one warrior was incredibly discovered with an arrow still in its chest.

The amazing grave site was discovered during a dig in the 7,000-year-old city of Plovdiv, the oldest town in Europe.

The human bones are said to date from the 11th to 12th centuries.

The newly-discovered grave was found at the spot of a known medieval necropolis which was first discovered several decades ago.

A team of scientists from the Plovdiv Museum of Archaeology excavating the spot said the latest discovery is exciting not only because it was made right underneath the modern-day surface but because an arrow has been found at the chest of the buried person.

They believe the person was either killed by the arrow, or it was placed in their grave as a funeral gift for the afterlife.

In the latter case the person, whose gender has not been established for sure yet, would have been a warrior.

“Early on, in the uppermost layers, we have discovered lots of pottery and a burial, a medieval one,” lead archaeologist Maya Martinova has explained.”

“We found it yesterday,” she was quoted as saying by Daily Star.

“It is interesting that we have found an arrow at the chest [of the buried person]. 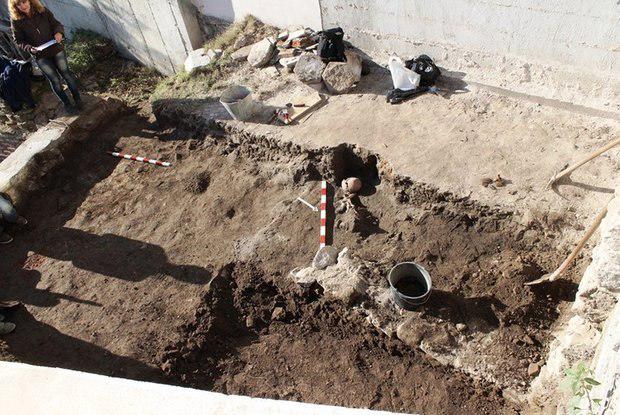 Martinova said it is possible that the person in question was killed by the discovered arrow.

“Yet, there is also a custom of placing arrows [in graves] as burial gifts when the person in question is a warrior,” the researcher cautioned.

“We cannot say for sure yet which one it is – whether they were killed by the arrow or whether it was put in the grave – because the bones are not properly arranged,” she added.

“We may stumble upon surprises in every single layer going down from here. Actually, this [place] is a necropolis which was registered decades ago during the research of the entire [archaeological] complex… We have now found one more grave from that period.”

Plovdiv is said to be one of the oldest continually inhabited cities in Europe.

Researchers from the Plovdiv Medical University have joined the archaeological team to find out whether the burial person was killed by the arrow found in their chest.

Their anthropological study is also supposed to establish the medieval person’s gender, age, and other details.

The remarkable find was discovered at start of rescue excavations at the Antiquity Odeon, an ancient performance facility.