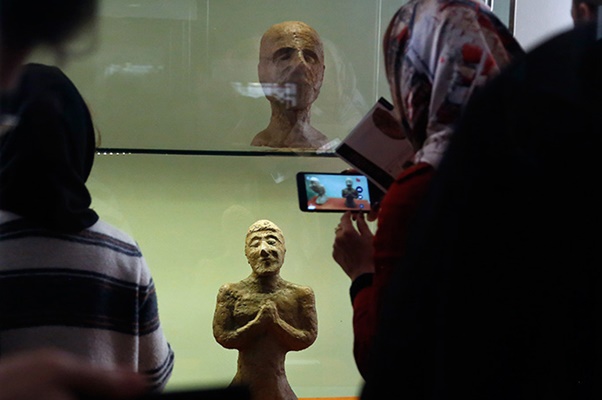 Iranian National Museum unveiled 30 Iranian relics which had been smuggled to Italy before being returned to Iran a few months ago.

According to a Farsi report by ISNA, the Italian Police discovered 30 smuggled Iranian relics in an antique store nine years ago.

These antiquities, which were returned to Iran in November, are put on display in the Museum of Ancient Iran in National Museum of Iran, from January 3 for a month.

While the majority of returned relics belong to Middle Islamic period (Ilkhanate and Timurid Empires), some of them date back to third and first millennium BC.

This collection of antiquities includes enamelled and un-enamelled pottery, stamps, statuettes, bangles and rings. Among the pieces, a few are contemporary.

A large collection of antiquities was discovered and confiscated by the police in Monza, Italy, on June 2008. As there was no document to show the discovered antiquities of foreign source were legally exported to Italy, the Italian police and court investigated the case.

It was found that an Italian citizen of Pakistani origin had bought the collection in Bangkok, Thailand, before transferring it to Italy. The experts of National Museum of Oriental Art of Italy confirmed the authenticity of confiscated relics and the belonging of some of them to Iran.

Following the confirmation, the Iranian Administration of Museums and Cultural Assets of Iran’s Cultural Heritage, Handicrafts, and Tourism Organization (ICHTO) communicated its expert opinion to the Italian party. The Italian court upheld the verdict on partial return of the collection to Iran.

This is the third antiquity collection returned to Iran under the government of Hassan Rouhani, the incumbent president of Iran.