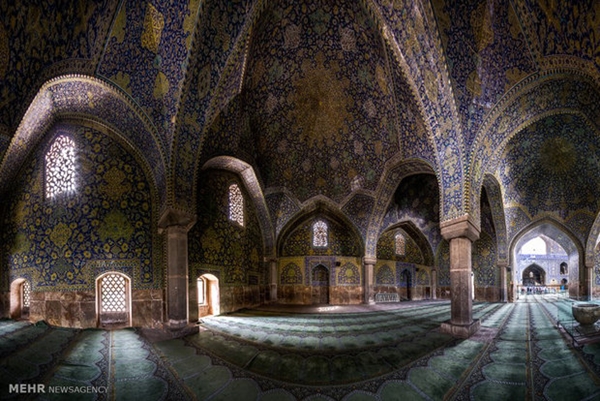 In the new directive tourism facilities are defined and regulations governing the establishment, operations, rating and supervision of these facilities are specified, Soltanifar said.

Under the 20-year Outlook Plan, Iran is expected to host 20 million foreign tourists in 2025. That means the country should build 20 four- or five-star hotels each year over the course of the next decade.

The following is the translation of part of an August 31 report by Donyay-e Eghtesad on a new directive issued by the Rouhani government to help the country achieve that goal:

Director of the Cultural Heritage, Handicrafts and Tourism Organization Masoud Soltanifar said under recently approved regulations, tourism facilities will not operate under the supervision of a guild; rather, they will have their own rules and regulations which will be released in 10 days.

Speaking at the inaugural of a hotel on August 29, the tourism chief said, “The new regulations will help remove the ambiguities of the individuals involved in the tourism sector which will be known as an industry under new arrangements.”

In the new directive tourism facilities are defined and regulations governing the establishment, operations, rating and supervision of these facilities are specified, Soltanifar said.

Soltanifar described Iran’s tourism sector as attractive to foreign investors and said, “For the very reason, hotel construction companies from Arab countries are already working on several projects in Iran; actually they have seven hotels under construction. European companies, which had stayed away [from Iran] because of the unfair sanctions have started working here after the Vienna nuclear deal between Iran and P5+1.”

He added, “We must encourage municipalities to offer incentives such as tax breaks for hotel construction.”

The director of the Cultural Heritage, Handicrafts and Tourism Organization said that if the country is determined to get itself ready for the arrival of 20 million tourists as stipulated in the 2025 Outlook Plan, its tourism industry needs to grow 14 percent annually; that is three times more than the global average.

Soltanifar described tourism as an effective way for communication between nations and said, “In 1950, five years after the end of World War II, 25 million tourists traveled across the world and that generated $2 billion in revenues for the host countries.”

Soltanifar went on to say, “According to the 20-year Outlook Plan, Iran is expected to host 20 million tourists in 2025 who will bring in $25 to $30 billion in revenues. For a number of reasons, a decade after the launch of the plan, the number of tourists hasn’t gone beyond five million.”