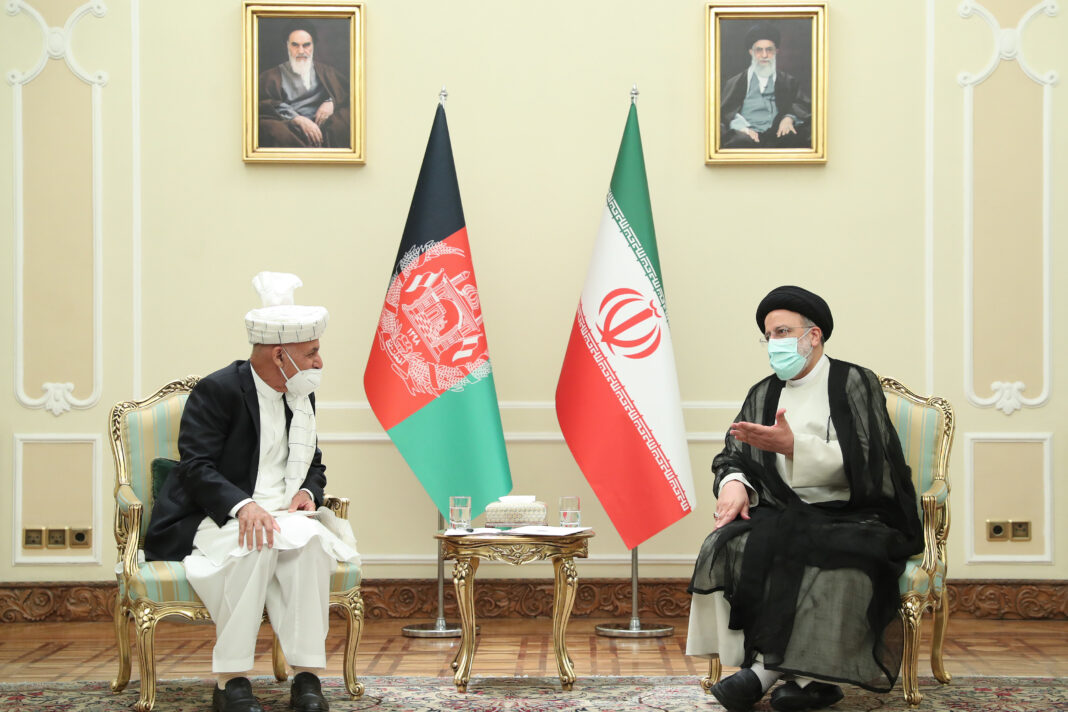 Iranian President Ebrahim Raisi says regional security should be ensured by countries in the region.

In a Thursday meeting with visiting Afghan President Ashraf Ghani, the Iranian president said Iran stands ready to tap into its potential to help establish lasting peace and prevent further bloodshed in Afghanistan.

Raisi said Iranian and Afghan people have deep-rooted, ideological and civilisational relations.
“Iran wants security, welfare and dignity for Afghan people, and will spare no effort to achieve this objective,” the Iranian president underscored.

He said foreign conspiracies are the root cause of insecurity and tension in Afghanistan.

“Indubitably, despite a drawdown of US troops in Afghanistan, they (Washington) will continue their provocations and acts of sedition in different ways because their interests and survival are contingent upon insecurity,” he said.

He stressed the importance of Iran’s cooperation with Afghanistan’s legitimate government when it comes to the peace trend and stability in the country.

“Afghanistan’s security should be provided by Afghans themselves, and Iran stands ready to offer cooperation in that regard, so that lasting and just peace will take hold and Afghan people will get rid of pain and suffering.

Ghani, for his part, once again congratulated Raisi on his inauguration as Iran’s new president, expressing hope this will open a new chapter in Tehran-Kabul relations.

He said Afghanistan is willing to expand its relations with Iran on all front, namely in political and economic areas.

The Afghan president said Tehran enjoys major and efficacious potentialities when it comes to establishing security in the region.

He noted Iran has a prominent status and role in terms of regional stability and security, and called for tapping into Iran’s potential for mutual cooperation to help ensure lasting security in Afghanistan.