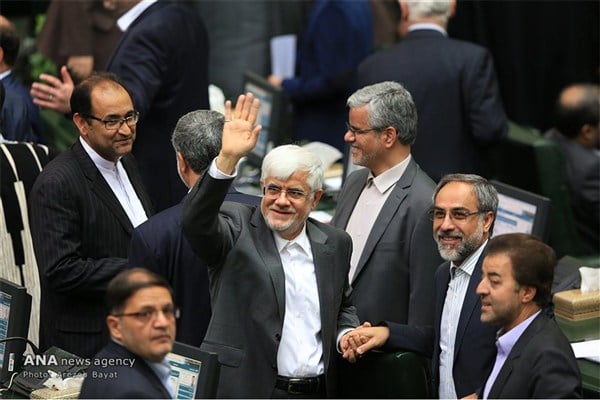 A member of the Iranian Parliament’s reformist faction says they will introduce their contenders for seats of the parliament’s presiding board on Tuesday, a day before the annual elections in which senior reformist Mohammad-Reza Aref will probably run for the post of the speaker.

Abdolhamid Khedri made the statement after a meeting of the parliamentary faction on Sunday to discuss the faction’s candidates in the annual elections for the presiding board of the parliament.

“We could not reach the final decision and the faction’s plan for presiding board’s election will be announced in a session on Tuesday,” he said, according to a Tasnim news Agency report.

The lawmaker said the reformist faction will introduce candidates for all seats of the presiding board, including the speakership.

Several members of the faction have announced Aref will be their contender for the speakership vote.

Reformists’ candidates for the twin deputy speaker seats are expected to be Massoud Pezeshkian and Ali Motahhari, who will run for reelection.

There are speculations that the faction is going to form an alliance with a number of conservatives who are at odds with incumbent Parliament Speaker Ali Larijani.

Candidates for the speakership seat will find their task to be hard, as they should compete with Larijani who has won the vote for ten consecutive years.