Red lines have been upheld in Iranian nuclear program: Salehi 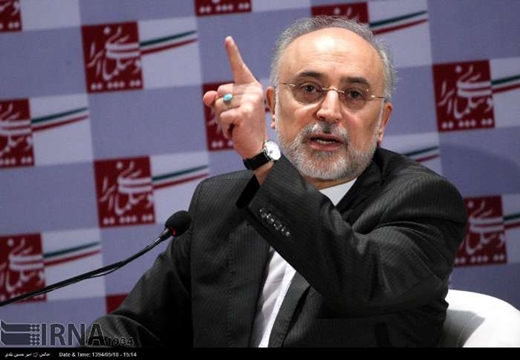 Director of the Atomic Energy Organization of Iran Ali Akbar Salehi said on Sunday that the red lines have been upheld in the Iranian nuclear program.

Salehi told a meeting to survey the Joint Comprehensive Plan of Action (JCPOA), signed by Iran and P5+1, that the objective of the Iranian nuclear program is to commercialize output.

Salehi expressed hope that Iran will generate 3,000 megawatts of nuclear electricity within the next 10 years.

He said the idea to generate nuclear electricity dates back to before the Islamic Revolution.

He noted that after the nuclear talks, Iran faces no limitation to continue with its peaceful nuclear program.

He said that as far as verification is concerned, the IAEA should go on with its inspection – as has been the case over the past 30 years – in Iran which is an IAEA member and a signatory to the NPT.

“As long as the world order exists and as long as we have nuclear activities, the inspection will be in place for our country and all member states,” he said.

Salehi said that there will be another form of inspection: After the Vienna deal, we should do quantitative activities, minimizing the number of centrifuges, lowering the amount of reserves to 300 kilograms. In return, they will verify that Iran honors the IAEA Safeguards Agreement. So, they will terminate all sanctions.

He added, “As far as the verification is concerned, we have accepted limitations on the purchase of equipment and they offered a list of equipment subject to limitations. […]”

After the deal we struck in Vienna, we can purchase the equipment we need through official channels; and we will lodge an official complaint in case of any industrial wrongdoing.”

On talks with P5+1, Salehi said Iran managed to gain what it wanted in the deal.