Rally held in Tehran to condemn US assassination of gen. Soleimani 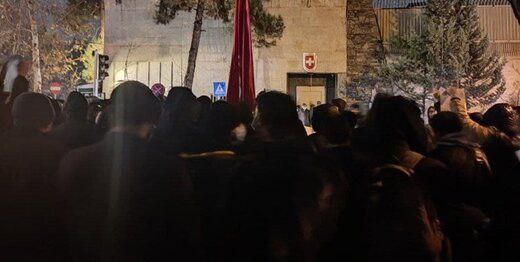 A group of Iranian university students have gathered outside the Swiss embassy in Tehran, calling for revenge over the US assassination of anti-terror icon, General Qassem Soleimani.

The night-time rally was held on January 2, 2022 on the eve of the 2nd anniversary of the assassination of top Iranian general Soleimani by the US.

During the rally, the students chanted slogans such as “Down with the US,” “Down with Israel,” “Revenge, revenge, period!”

General Soleimani and Iraqi commander Abu Mahdi al-Muhandis were killed in a US drone attack on January 3, 2020, outside Iraqi capital Baghdad. The terrorist operation was carried out at the direct order of then US president, Donald Trump.