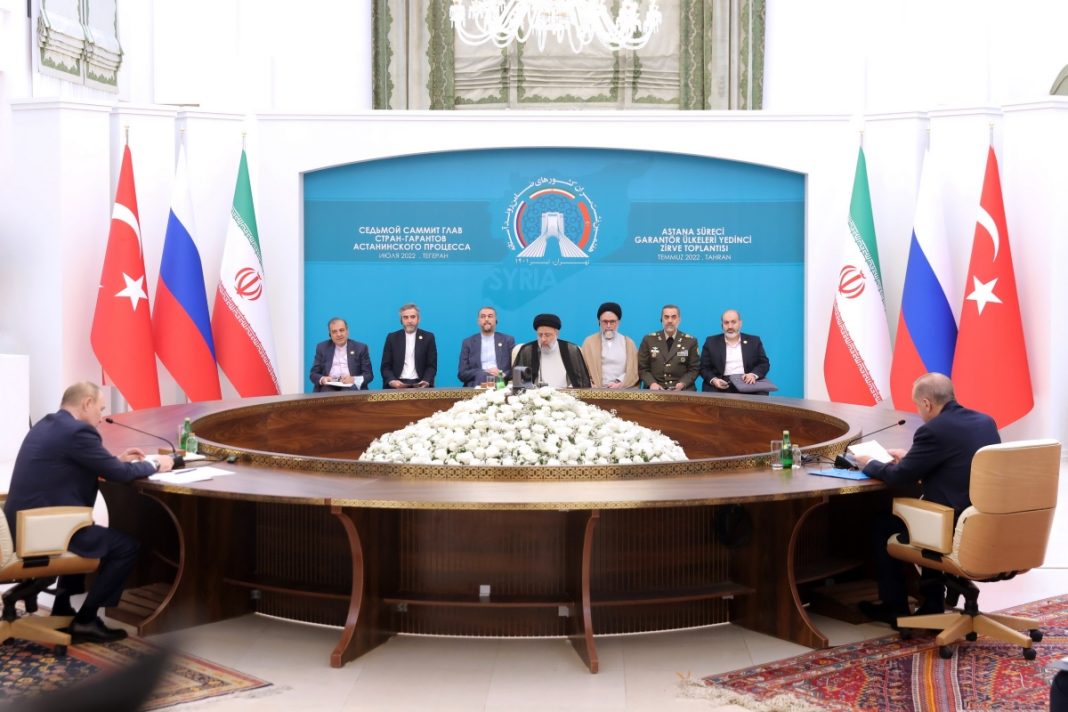 President Ebrahim Raisi condemns the United States’ unilateral sanctions on the crisis-hit Syrian nation as a violation of international law, saying Iran will keep up its unwavering support for the Middle Eastern country in the face of all the pressure.

Addressing a trilateral summit in Tehran on Tuesday night with his Russian and Turkish counterparts, Vladimir Putin and Recep Tayyip Erdogan, Raisi stressed the importance of protecting Syria’s unity, territorial integrity and independence.

“The country’s fate should be decided at the hands of its own people through intra-Syrian dialog and free from foreign interference,” he said.

The summit, he said, is being held at a time when Syria is under pressure by unilateral sanctions, especially those imposed by the US.

“Sanctions violate international laws and the rights of countries. Besides condemning any sanctions on nations, the Islamic Republic of Iran declares that it will keep up its support for the Syrian people with stronger determination,” Raisi said.

Raisi also warned against any violation of Syria’s territorial integrity and said such breaches never contributed to regional security.

The summit was held within the format of the Astana peace process, which has helped significantly decrease violence in Syria and brought together Damascus and opposition groups in the country at the negotiating table since 2017.

For his part, Putin slammed the Western states for plundering Syria’s natural resources with the ultimate goal of splitting the country.

Putin also called on the UN to provide humanitarian aid to Damascus without any preconditions.

“Good steps must be taken in order to help inclusive dialog so that the Syrians would be able to determine their fate without external interference,” the Russian leader said.

In turn, Erdogan called the Astana process the only platform that had taken necessary measures for peace in Syria.

“We are all like-minded concerning [the fact] that the Syrian crisis can only be resolved through political solutions,” Erdogan added.

“It should be understood clearly that there is no room in our region’s future for separatist terror organizations,” he said.

“We will continue our fight against terrorist organizations in the time to come,” the Turkish president added.

In a trilateral statement issued at the end of the event, the three states pledged to continue their cooperation to eliminate the remaining terrorists in Syria.

They “reaffirmed the determination to continue their ongoing cooperation in order to ultimately eliminate terrorist individuals, groups, undertakings and entities,” the statement read.

The trio also “expressed their opposition to the illegal seizure and transfer of oil revenues that should belong to Syria.”

They “rejected all attempts to create new realities on the ground under the pretext of combating terrorism, including illegitimate self-rule initiatives, and expressed their determination to stand against separatist agendas” in Syria.