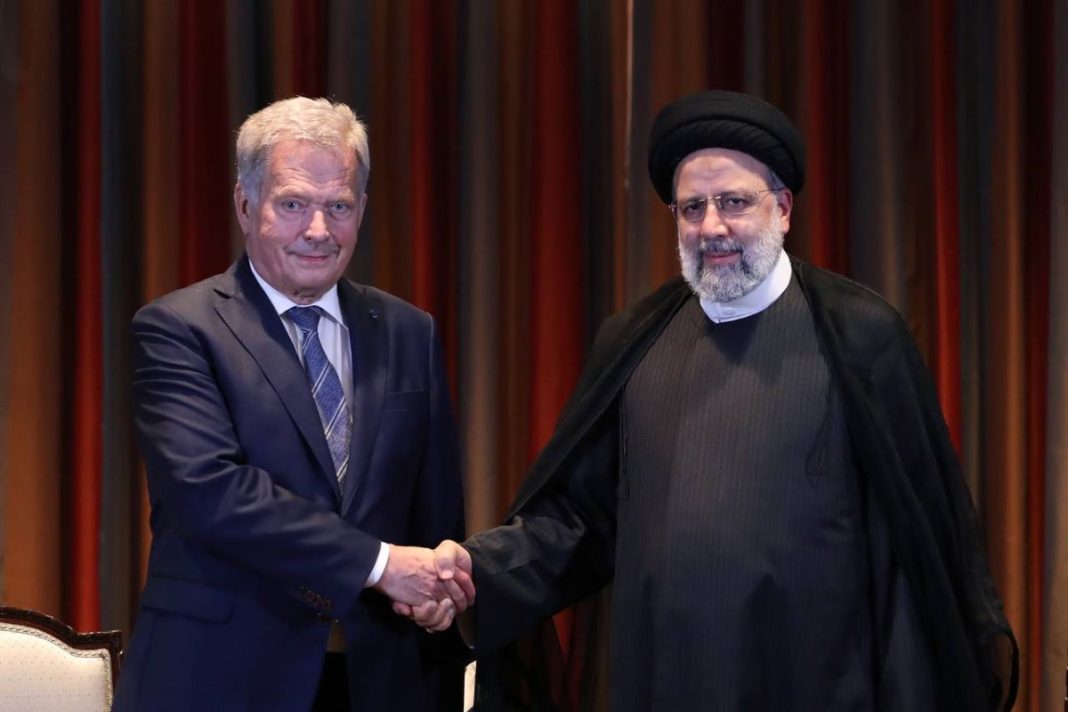 President Ebrahim Raisi has said the sanctions imposed by the United States on Iran have failed to impede the country’s progress. He added Tehran has succeeded in making great achievements in various scientific, technological and economic fields despite the restrictions.

Sanctions are a new form of the same policy of military action “with the purpose of imposing the demands of hegemonic and tyrannical countries on independent countries, but they have failed to stop Iran,” Raisi said in a Wednesday meeting with Finland’s President Sauli Niinistö on the sidelines of the 77th session of the UN General Assembly in New York.

Given the fact that the US and the European countries violated the 2015 nuclear agreement, formally known as the Joint Comprehensive Plan of Action (JCPOA), no one in the world can now claim that Iran’s stance on the importance of obtaining reliable guarantees is unwise, he added.

The United States, under former President Donald Trump, abandoned the multilateral nuclear deal in May 2018 and reinstated unilateral sanctions that the agreement had lifted.

The talks to salvage the agreement kicked off in the Austrian capital of Vienna in April last year, months after Joe Biden succeeded Trump, with the intention of examining Washington’s seriousness in rejoining the deal and removing anti-Iran sanctions.

Despite notable progress, the US’s indecisiveness and procrastination caused multiple interruptions in the marathon talks.

Elsewhere in his remarks, Raisi stated defending human rights was among Iran’s serious priorities and slammed the West’s double-standard policies in this regard.

“Double standards are the biggest and most serious manifestation of human rights violations,” the Iranian president noted.

Official statistics in the West and the US in particular show that a large number of people are killed annually due to “unjustified use of force” by police, but countries that claim to defend human rights have refrained from expressing concerns over the issue, Raisi said.

He also hailed cordial and growing relations between Tehran and Helsinki and said the two sides enjoyed great capacities to further improve cooperation.

“The Islamic Republic intends to expand cooperation and promote the level of its relations with all friendly countries, including Finland,” he added.

The Finnish president, for his part, noted his country had good relations with Iran and added that both sides were developing their amicable ties.

Niinistö thanked Iran for hosting a large population of Afghan refugees and called on President Raisi to play a mediatory role to end the Ukraine conflict.