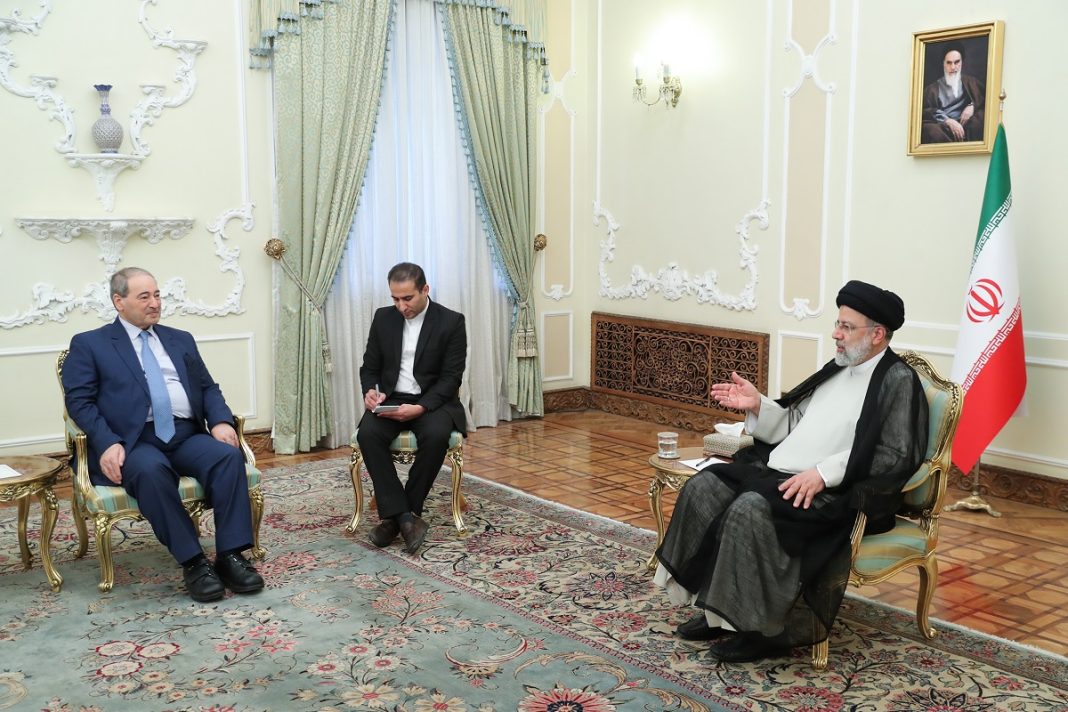 Iranian President Ebrahim Raisi says withdrawal of American forces from West Asia, and more specifically east of the Euphrates flanking Iraq and Syria, is the fundamental solution to the crises in the region.

In a meeting with Syrian Foreign Minister Faisal al-Mekdad in the Iranian capital on Wednesday evening, Raisi praised the Syrian nation for its resistance against the foreign-backed war in the Arab country for over a decade, saying they as well as the region will have a bright future.

President Raisi echoed remarks by the Leader of Iran’s Islamic Revolution Ayatollah Seyyed Ali Khamenei that US forces must leave Syria, highlighting the need that the Syrian army has to regain control of the country’s borders.

The Iranian president also stressed that Syria’s national sovereignty must be respected.

Mekdad said the instructions by Ayatollah Khamenei and the Iranian president’s viewpoints regarding the war in Syria stem from the alliance between Tehran and Damascus.

The presidents of Iran, Russia, and Turkey, as the guarantor states of the Astana peace process, participated in the tripartite summit in Tehran on Tuesday as part of the initiative launched in 2017 to find a solution for the conflict in Syria.