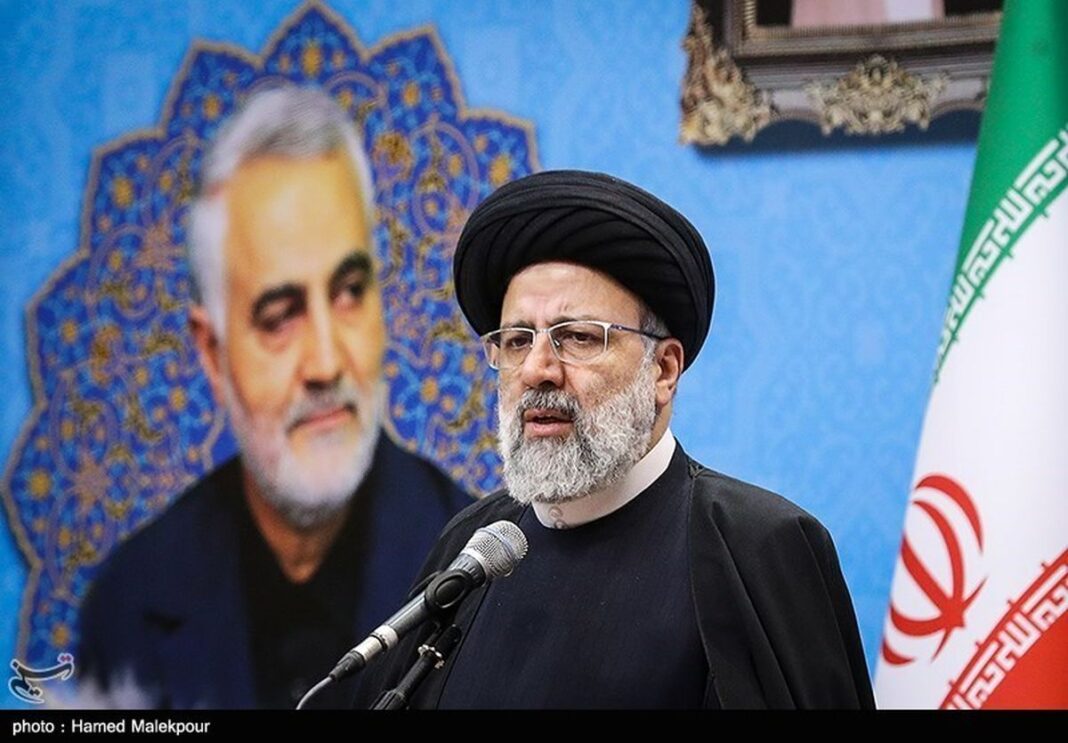 You assassinated a nation, not an individual. In this horrific crime that befell everyone, the then president of the United States must be tried and face retribution,” Raisi said in a ceremony in the capital Tehran on Monday marking the second anniversary of the U.S. assassination of General Soleimani.

The Iranian president stressed that Trump and his secretary of state Mike Pompeo must be tried by a fair court otherwise the Iranian nation will avenge Soleimani’s assassination.

He also said the U.S. was under the illusion that killing General Soleimani would end him, adding that his assassination led to his “rebirth”.

The Iranian president also said Hajj Qassem Soleimani was a school and that this school will not be destroyed through assassination or by missiles, and will prevail.

“The first point to follow in Hajj Qassem Soleimani’s school is to think for God, to act for God, and persist on the path of God,” he noted.

“General Soleimani deeply believed that the United States could not do a thing. He believed, from the bottom of his heart that we can. In Hajj Qassem’s logic there was no room for excuses like it is not possible…and there must be some kind of compromise,” the Iranian president added.

The senior Iranian general was killed in a U.S. drone strike in Iraq on January 3, 2020 along with Iraqi commander Abu Mahdi al-Muhandis and their companions.

The attack was directly ordered by the former American president triggering Iran to fire a salvo of missiles on an Iraqi base hosting American troops injuring scores of them.