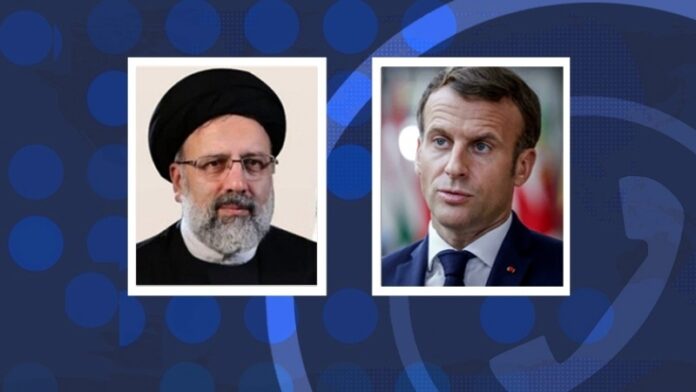 President Raisi, in phone conversation with Macron, touched on the Vienna talks to revive the Iran nuclear deal, known as the JCPOA, saying Tehran’s for fruitful talks and wants all anti-Iran sanctions removed.

He also said Iran welcomes any move to expand ties, particularly trade and economic relations, between the two countries.

Raisi added that Tehran is ready to deepen ties with Europe, starting with France.

On regional security, Raisi said Iran will support any move that would strengthen stability in neighboring countries and the wider region.

He added that the US interventionist policy in Afghanistan has failed. Raisi noted that the best thing to do would be letting Afghans decide their own fate.

The Iranian president also said the Islamic Republic considers Daesh under any name a terrorist entity that must be dealt with.

Raisi also spoke of Lebanon. The Iranian president said Tehran is prepared to help with the formation of a powerful central government in Lebanon that would serve the interests of its people.