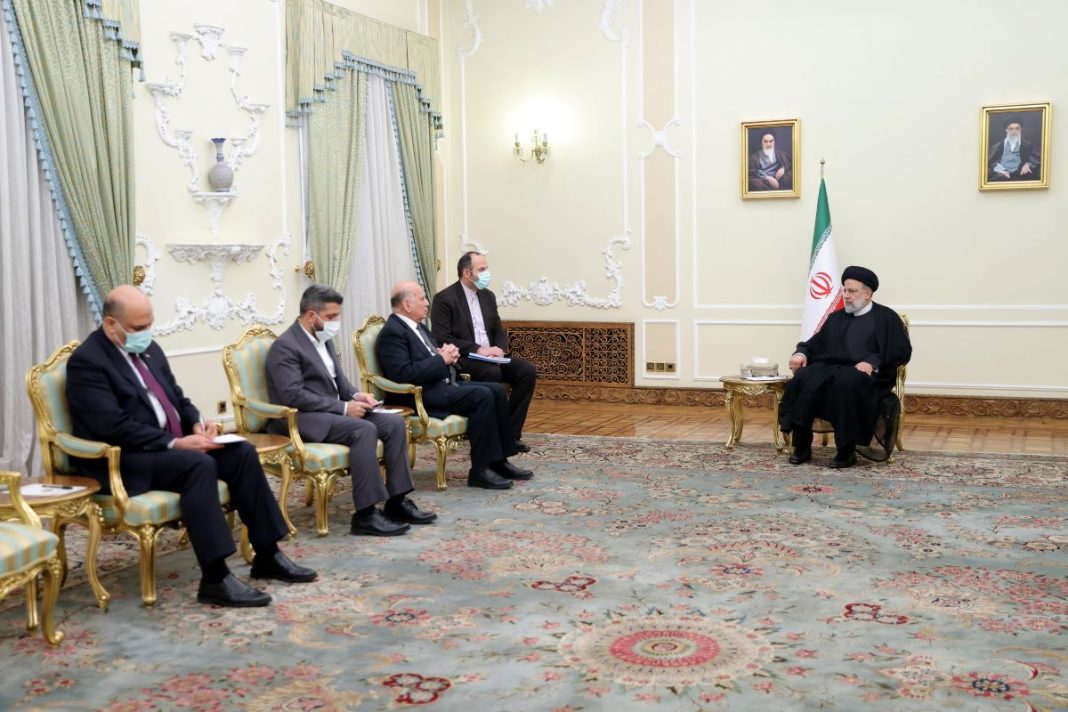 President Raisi made the remarks on Monday evening in a meeting with visiting Iraqi Foreign Minister Fuad Hussein whose country has been mediating and hosting fence-mending talks between Tehran and Riyadh.

Iran has also been complaining that the kingdom is pursuing what it calls a confrontational foreign policy towards the Islamic Republic.

Saudi war on Yemen, Iran missile power and its nuclear program, Saudis’ support for Takfiri groups are also among other bones of contention between the two countries.

President Raisi appreciated Iraq for its initiatives and measures to improve cooperation among regional countries without foreign interference, saying they are effective in regional integration.

The Iranian president also touched on the recent unrest in Iraq, saying restoring security and stability to Iraq is possible only through dialogue between all political parties in the country, and the establishment of a government based on the constitution.

The Iraqi foreign minister, for his part, noted Iraq has hosted five rounds of talks between Saudi Arabia and Iran at the level of intelligence and security officials since last April and stressed it would continue efforts to help the two sides patch up their differences and restore diplomatic ties.

He also praised Iran’s support for the stability and security in Iraq.