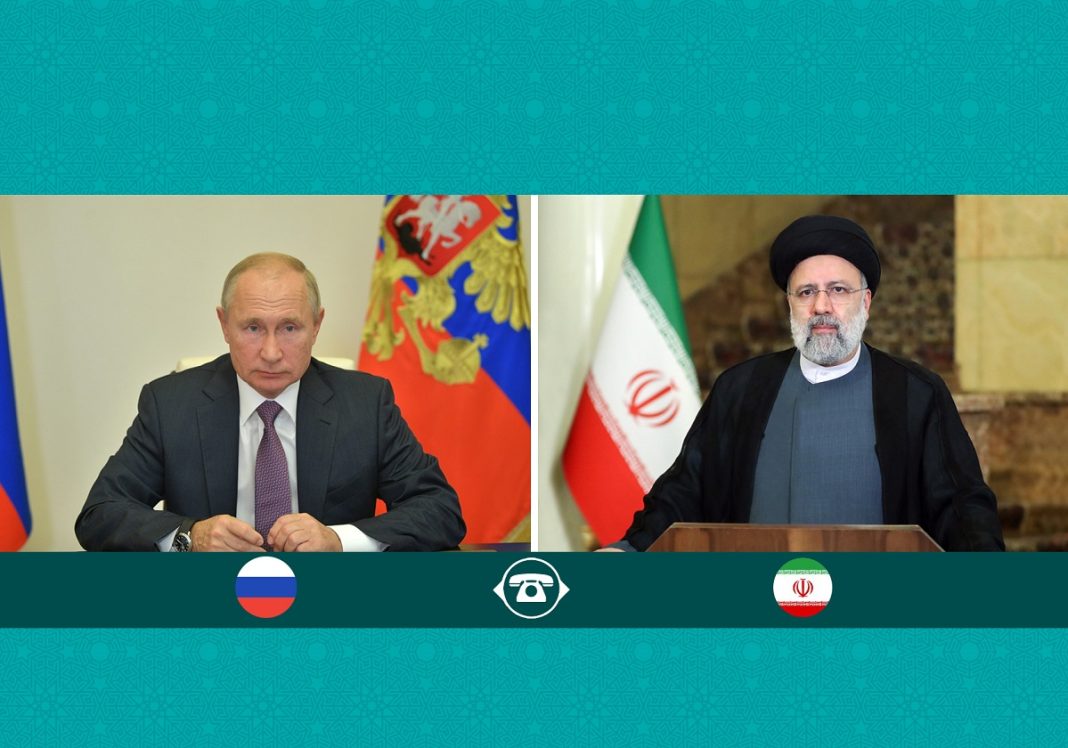 Iranian President Ebrahim Raeisi told Russian president Vladimir Putin that increased political and economic consultations between Tehran and Moscow will play a leading role in the expansion of mutual relations.

Raisi said that he welcomes the issue that Russia is interested in strengthening economic and trade cooperation with the Islamic Republic.

The Iranian president stated that the two sides should continue political and economic negotiations in a bid to further promote bilateral cooperation.

He referred to trade and economic relations in the region too, noting that working on infrastructure projects, including connection roads in Eurasia, is an important step in this regard.

Putin, on his part, said that Iran possesses a special geographic location, adding that Tehran and Moscow have numerous capacities to increase their cooperation.

He talked about the South-North Corridor as well, saying that it will serve as a good transit route for global trade as it greatly reduces time and transport costs.

The Russian president once again expressed sympathy over the October 26 terror attack in Iran’s southern city of Shiraz, and added that terrorism is condemned in all of its forms.

The attack, in which a gunman opened fire at pilgrims at the Shah Cheragh holy shrine, left 15 people dead and was claimed by Daesh.