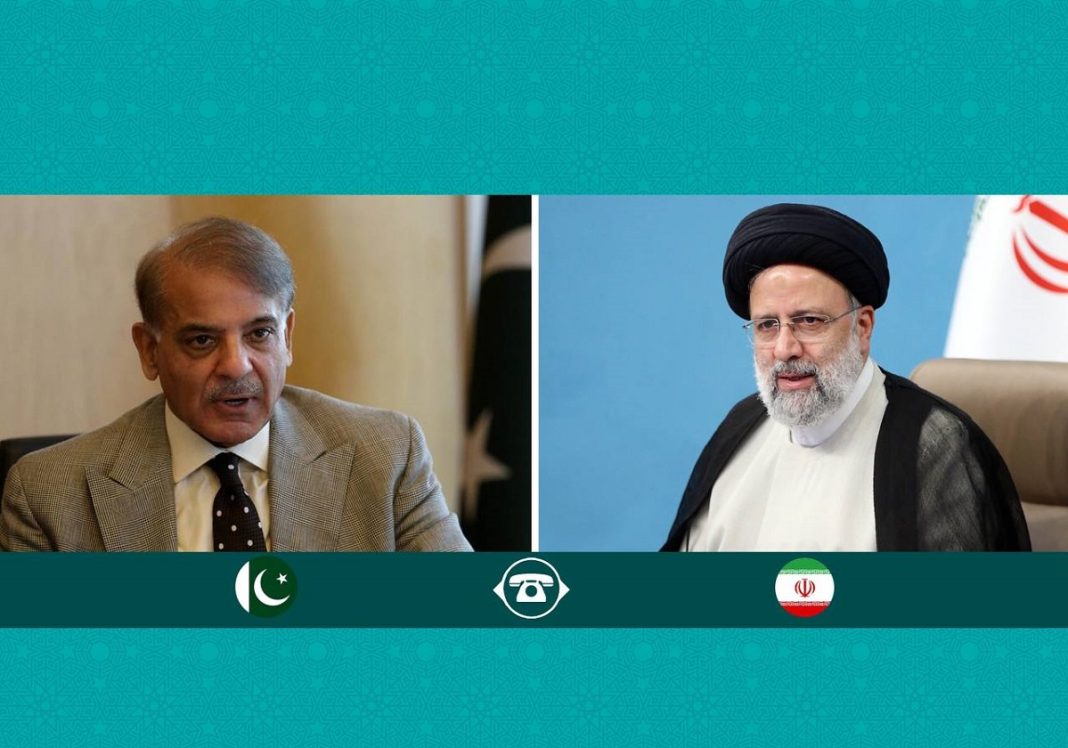 Iranian President Ebrahim Raisi calls for the further expansion of relations with Pakistan, especially in the economic field, saying the Islamic Republic sees no limits to broader cooperation with its eastern neighbor.

Pakistani Prime Minister Shehbaz Sharif on Sunday called Iran’s chief executive to congratulate him on Eid al-Adha (Feast of Sacrifice), one of the most significant Islamic holidays.

During the talks, Raisi said Iran attaches “great significance” to its relations with neighboring Pakistan.

He said, however, that the current level of bilateral ties is not in harmony with the many capacities that the two states enjoy.

The Iranian president said convening sessions of the Iran-Pakistan Joint Economic Commission could pave the way for the further enhancement of ties between the two sides.

Raisi said Iran had no restrictions for the expansion of ties with Pakistan, adding, “We are ready for increasing mutual cooperation [especially] in the fields of energy and agriculture.”

For his part, Sharif said ties between Iran and Pakistan are far beyond mere neighborly cooperation. The two nations, he added, have had centuries of brotherly ties, share one religion, and are members of the same family.

The Pakistani leader expressed gratitude for Iran’s efforts to promote relations with Pakistan and other neighbors.

“Pakistan seeks the expansion of barter trade with Iran besides cooperation in the energy sector,” he said.

Sharif also thanked Iran for lending Pakistan a hand in extinguishing wildfires in the country and for properly hosting Pakistani pilgrims visiting the holy shrine of Imam Reza, the eighth Shia Imam, in the northeastern city of Mashhad.