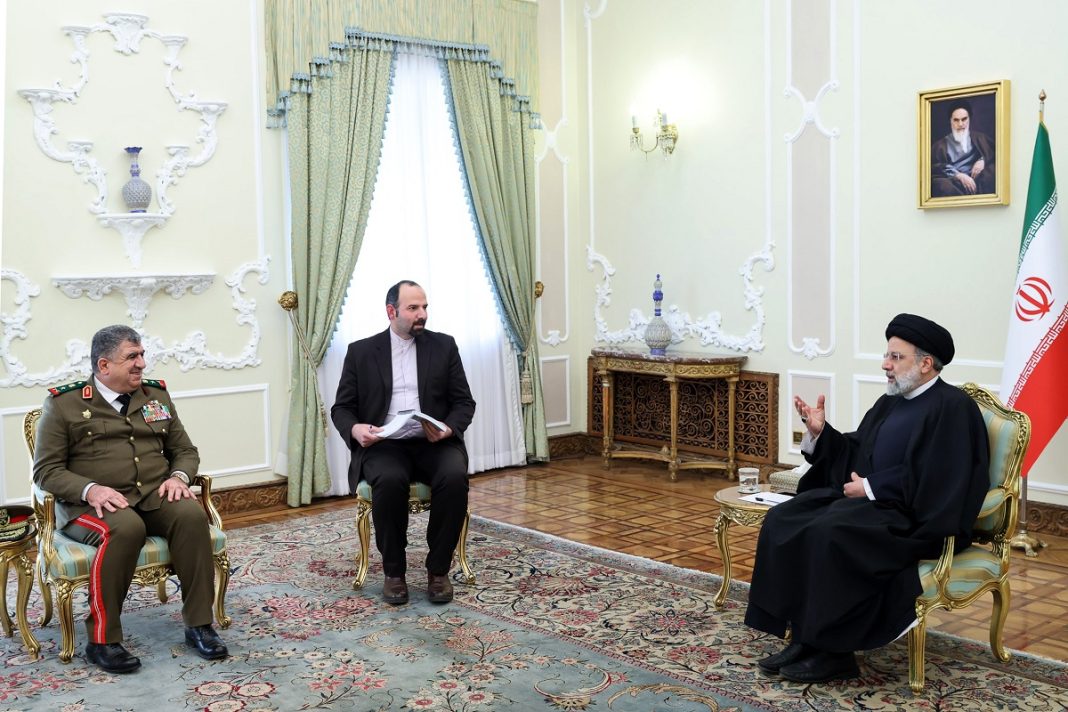 Iranian President Ebrahim Raisi says the Islamic Republic will stand by Syria during the reconstruction period like during the resistance era.

President Raisi made the comment during a meeting with Syrian Defense Minister General Ali Mahmud Abbas in Tehran on Tuesday.

He said ties between Iran and Syria are based on common beliefs and the spirit of the resistance of the two nations.

The Iranian president said the Syrian army’s protection of the country’s people and government against sedition is promising for Syria’s future.

He added that Iran is the real friend of Syria and is ready to strengthen economic ties with Damascus.

General Ali Mahmud Abbas in turn, said Syria defeated terrorism with the help of its Iranian brothers who are Syria’s real friends.

He said Syria will play an even stronger role as a pivot in the axis of resistance, noting that this axis will play a key role in shaping the new world.

The Syrian defense chief said the enemies have been looking for an opportunity to harm brotherly ties between Iran and Syria but the relations are too deep and strong to be weakened.