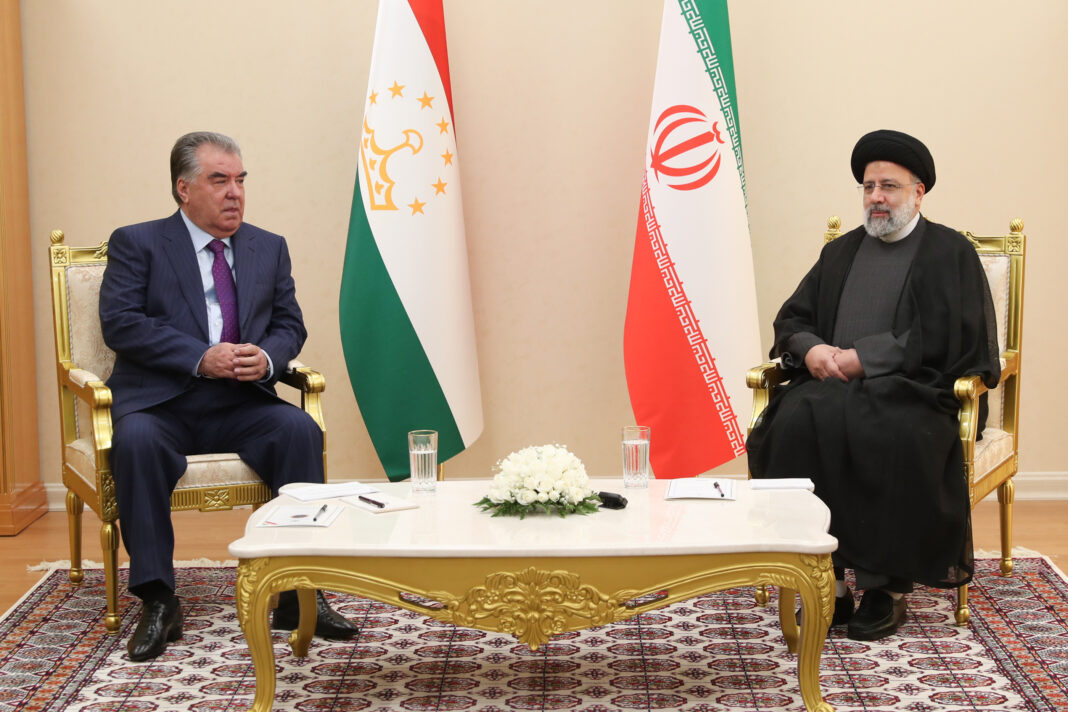 Iran’s President Ebrahim Raisi has highlighted the expanding relations between Iran and Tajikistan at a meeting with his Tajik counterpart, saying the very good relations between the two countries in the fields of trade, culture and economy will continue forcefully.

Raisi and Emomali Rahmon met on the sidelines of the ECO summit in Turkmenistan’s capital Ashgabat.

Raisi expressed pleasure for meeting the president of Tajikistan again after the Shanghai Summit, saying “My first foreign trip as President of Iran was to Tajikistan, and this trip changed relations between the two countries.”

“We have no doubt that relations will expand, because the current level of trade is not convincing, and by restoring capacities between the two countries, the level of ties can be improved many times over,” he added.

While inviting Emomali Rahmon to Tehran, the Iranian president said Iran thinks that due to deep cultural and linguistic relations and a long history of friendship, the two sides should cooperate more than others.

Regarding Afghanistan, Raisi said Tehran’s position on the country is clear and it welcomes the formation of a truly inclusive government in Afghanistan that represents all Afghan people, ethnic groups and political groups.

The president emphasized that the US occupied Afghanistan for two decades and left only a trail of deaths and looting.

He said Iran proudly hosts about 4 million Afghans and it hopes that only Afghans can decide their own fate.

The Tajik president also said all ethnic groups should be present in the Afghan government, stressing that insecurity in the country is to the detriment of the region.