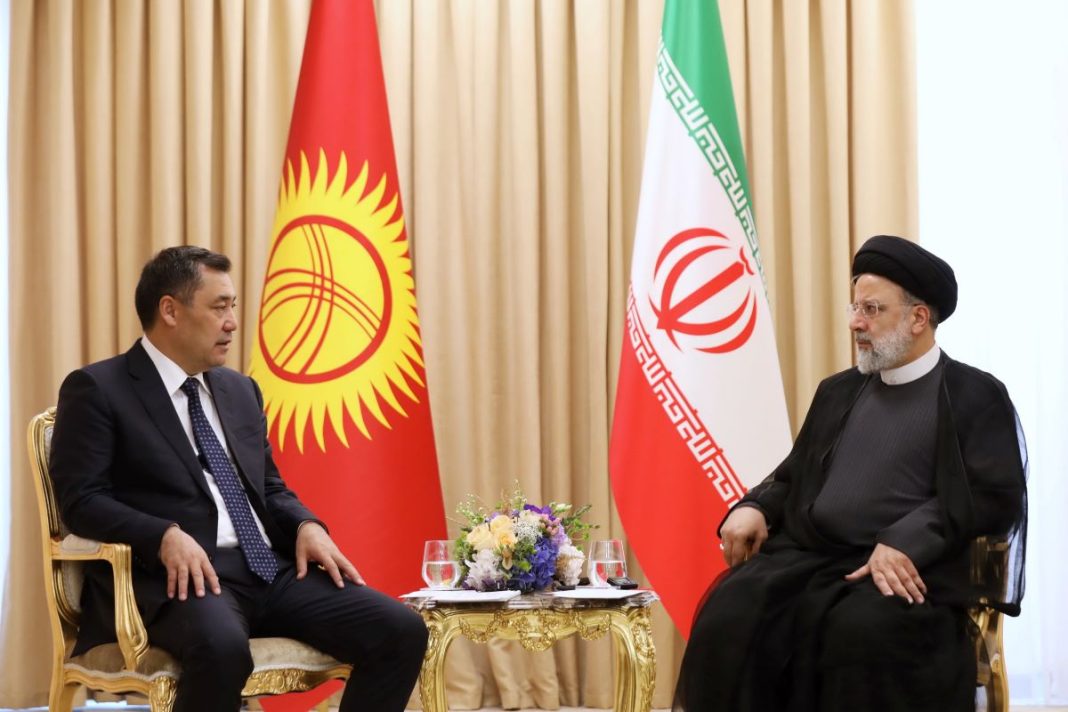 In a meeting on Thursday with his Kirgiz counterpart, Sadyr Japarov, Raisi highlighted the cultural, civilizational and historical commonalities between Iran and Kirgizstan and said the two countries should work to increase the level of their economic cooperation.

He also referred to Iran’s major progress in science and technology despite the harsh sanctions in place against the country, voicing the Islamic Republic’s readiness to offer its experience to Kirgizstan and engage in exchanges of achievements with the central Asian nation.

In turn, the Kirgiz president thanked Iran for providing the country with medical aid during the coronavirus pandemic.

Japarov said expansion of ties with Iran was among the priorities of Kirgizstan’s foreign policy.

He emphasized the significance of boosting transit cooperation between the two countries and said the completion and launching of the strategic Bandar-e Abbas-Central Asia railway was an important factor in the improvement of economic collaborations between Iran, Turkmenistan, Uzbekistan, and Kyrgyzstan, and also stressed the necessity of precipitating the completion of the project.