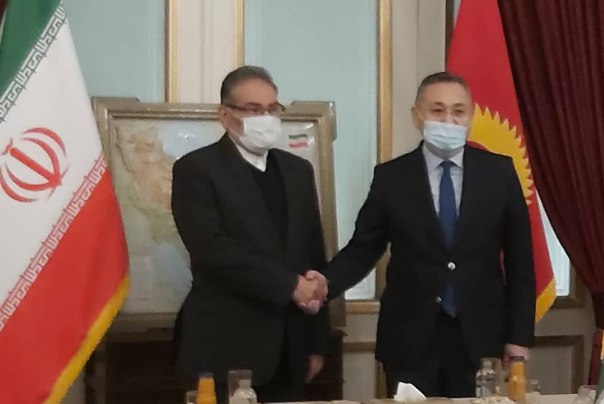 Iran and Kyrgyzstan have called for enhanced cooperation on the bilateral, regional and international levels in security and economic fields.

During the meeting, Shamkhani said Tehran is ready for all-out cooperation with Bishkek in different spheres. He added that Iran has specifically potential for joint work in the fields of transit, energy, science, medicine, Information Technology and knowledge-based companies.

Shamkhani also touched on the situation in Afghanistan. He said the “complicated” situation in the country, and in the wider region, is a result of the 20-year occupation of the Afghanistan and other “wrong policies of the US”, which are to blame for regional crises.

“Seeing the need for establishing lasting peace, stability and security in Afghanistan, we consider formation of an inclusive government with the participation of all tribes as a key factor in the realization of this objective,” he added.

Masadykov, in turn, said his country is willing to upgrade political, security and economic ties with Iran.

He called for cooperation with Iran to use its southern ports as a transit route for Kyrgyzstan’s imports saying this is a priority for Bishkek.

The official added that regional countries should join hands to help restore stability to Afghanistan and prevent a humanitarian crisis and growth of terrorism in the country.