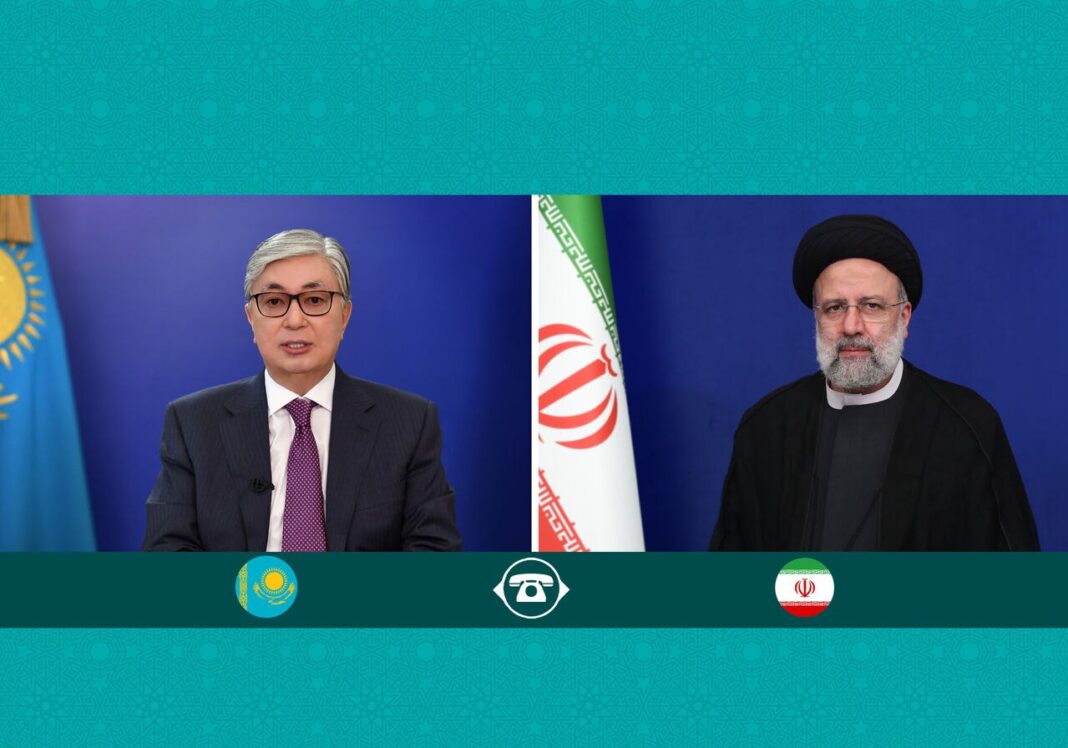 Iranian President Ebrahim Raisi has said the current level of economic and trade relations and cooperation between Iran and Kazakhstan is not commensurate with the level of political relations.

In a telephone conversation with his Kazakh counterpart Kassym-Jomart Tokayev, Raisi also expressed hope that a big step will be taken to improve the level of economic interaction between Tehran and Nur Sultan.

He also described the security, stability and peace in the friendly brotherly country of the Republic of Kazakhstan as important for the Islamic Republic of Iran, saying, “We support the establishment of peace and stability in the region.”

The Iranian president also spoke of his recent meeting with Tokayev on the sidelines of the Shanghani Cooperation Organization summit in Tajikistan.

Tokayev also said that in the 30 years since their establishment of diplomatic relations, the two countries have been able to create a desirable level of close and friendly relations with each other.

He thanked the Islamic Republic of Iran for supporting the region’s independence.

Tokayev expressed confidence that the future of bilateral relations will be very fruitful and bright.

The Kazakh president said that the growing expansion of relations with Iran, especially in the field of economic and trade cooperation, is very important for him.

Tokayev expressed hope that the forthcoming meeting of the Joint Commission on Economic Cooperation will hugely boost relations.