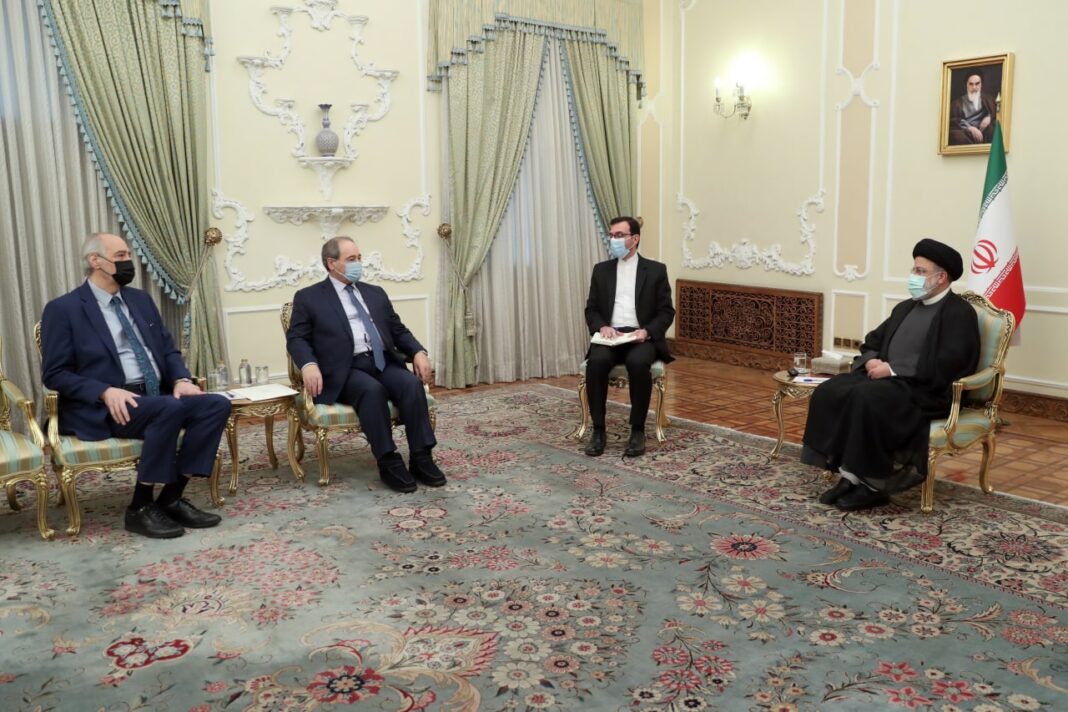 Iranian President Seyyed Ebrahim Raisi says Iran and Syria have many regional mutual interests including bilaterally as well as in the region and beyond.

Raisi was speaking at a meeting with Syrian Foreign Minister Faisal Meqdad in Tehran on Monday.

He said both sides must put in place a long-term plan to develop and deepen bilateral ties and move toward realizing their interests especially economic ones.

The Iranian president then turned to the presence of foreign forces in Syria and the wider region, calling it dangerous for regional stability and security.

He noted that the Daesh terror group is an invention of the US and that their presence will be extremely detrimental to regional stability and well-being of nations.

The Iranian president also referred to sacrifices made by Iran’s top General Qassem Soleimani, saying the anti-terror icon grounded Daesh and the US in the region.

He also hailed Syria’s role in the regional, saying today the Arab country is at the frontline of the resistance against the Zionist regime.

He said Syria’s resistance against unfair onslaughts will go down in history as a shining chapter.

He said Syria is determined to strengthened ties in all fields with Iran.

Meqdad added that Syria will never forget Iran’s support of the country. He noted that General Soleimani belongs to both Iran and Syria and “we will not forget sacrifices by our martyrs”.

Meqdad also said the US uses the most heinous schemes in its relations with regional countries. Meqdad said the perseverance of Syria and the resistance front beat the plots of the US and the Zionist regime and they have now changed their approach after realizing that Syria was not defeated.