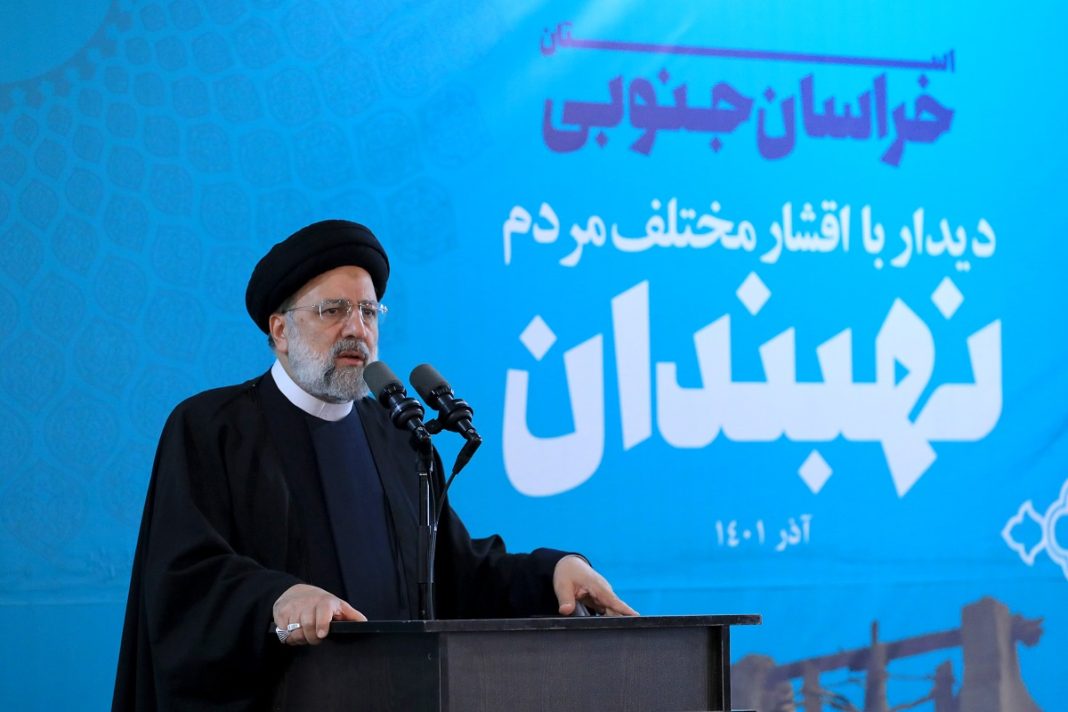 He was speaking to a group of people in the city of Nehbandan in South Khorasan Province.

Raisi then spoke about the recent protests and deadly riots in parts of Iran, saying the adversaries of the Islamic Republic made a miscalculation.

He added that the Iranian people did not trust the freedom and life gars of the enemies.

The president further said what has caused the conspiracies to fail is that the Iranian people know well that they must stand up for the vales of the Islamic Revolution.

Raisi noted the US and other Western countries robbed people of their livelihoods wherever they went.

He cited Afghanistan as an example of the destruction wrought by the US and the other Western governments.

Raisi Said insecurity and poverty is what the West brings to the countries where they are present.

He admitted that the Iranian people are facing some problems due to threats, sanctions and enmity of the foes but, “we will not bow to the enemies.”

The president said Iran has been built by the men and women of the country, and Iranians do not pin their hopes on foreign governments.

Raisi in other comments said Iran will press ahead on the path toward progress and development and it will not be stopped.