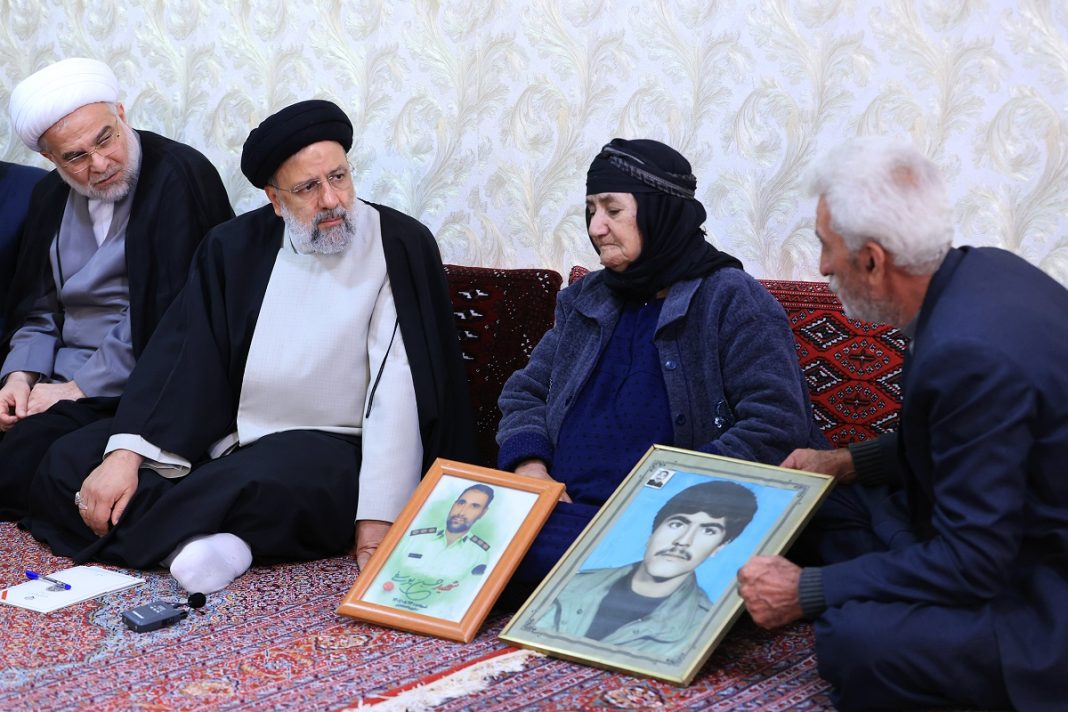 Iranian President Ebrahim Raisi pledges that all those behind insecurity and the murder of ordinary people and security forces during recent riots in the country will be identified and brought to justice.

President Raisi held a meeting on Thursday with the families of the security forces who lost their lives during recent acts of violence in Kordestan Province in western Iran.

During the meeting, he resembled the brutalities and merciless acts by the main elements behind the riots to the crimes perpetrated by the Takfiri Daesh terror group.

“The security of the Islamic Republic of Iran is a red line. All those who committed murder and injured ordinary people and security forces should be brought to justice,” he said.

Several Iranian cities, especially those in border regions, have witnessed a series of terror activities amid on-and-off protests and deadly riots in the recent past.

Kordestan Province has especially been a hotspot as separatist terror groups based in Iraqi Kurdistan on the other side of the border have made repetitive attempts to infiltrate Iran to commit terror attacks and prop up rioters.