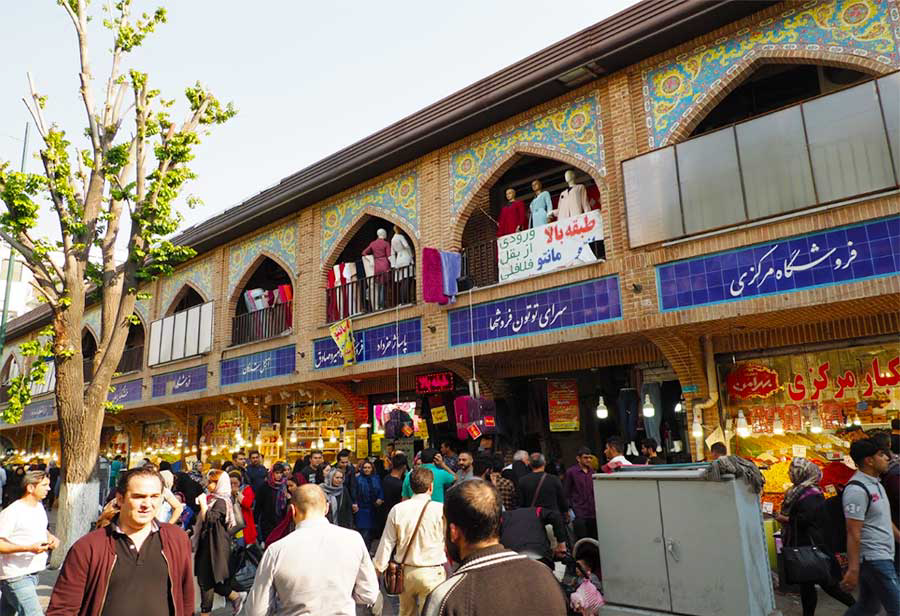 The Khabar Online news website has, in interviews with different experts, elaborated on possible measures that the next Iranian administration can adopt to address the current stagnation on various markets.

Fluctuations in markets continue, so much so that cars, houses, gold, gold coins, foreign currency and equities on the stock market assume a new price each day.

But the fluctuations in prices come as there is not much promising news nowadays about the trend of talks in Vienna on the 2015 nuclear deal, officially known as the Joint Comprehensive Plan of Action (JCPOA), a deal which has kept markets waiting for so long in the hope of leading to a drop in prices.

As announced by authorities, the trend of the negotiations will take a long time as no agreement has been reached, yet, on some key issues.

Still, market players are waiting to see what measures the 13thIranian administration will adopt to regulate markets.

Accordingly, the question which frequently crosses the minds nowadays is how the trend of markets will change in the future administration.

In this regard, economic experts and players have, over the past week, made predictions about the situation of markets in the thirteenth administration and have put forward possible scenarios.

What Will the Exchange Rate for the US Dollar Be?

Forex is among the most significant variables contributing to fluctuations in prices on markets.

Of course, the exchange rates for foreign currencies haveremained rather stable and roughly declined since May 2021 despite ups and downs in prices.

This comes as last year, there were predictions that the exchange rate would drop to as low as 150,000 rials to the dollar this year; however, the rate hovers around 240,000 rials.

Market analysts believe that from now on, too, the exchange rate for the dollar would depend on the polices adopted by the government as well as the formulas it would use.

Ali-Asghar Sami’ee, the former head of the Association of Currency Exchangers, it is not a change in people that leads to change; rather, a shift in programs and methods could bring about changes.

With regards to forex and economy, he says, no miracle will happen if future officials continue the current method, and the result will be the same.

“The prospect ahead could be viewed from two perspectives,” he says.

“Either the rise in the exchange rate will slow down and the enhancement of the economy will bring stability back to the market by changing prices into a single an real one and curbing inflation and reducing the volume of the cash flow and bringing about economic reforms, or prices will be contained by force by maintaining destructive fluctuations and sometimes injecting into the market foreign currency and cash which is surplus to demand; sometimes prices can no longer be contained and will begin to skyrocket, and any fluctuation will deal a blow to the weak body of the country’s economy,” he adds.

What Will the Stock Market Go Through?

It is said that the stock exchange is the thermometer of economy in every country, and that economic news and developments impact the trend of prices on the stock market very rapidly.

The Iranian presidential election held on June 18, 2021 is one of the important political events in the country which has always influenced forex market players and assets.

Given that the political and economic approaches adopted by presidents and Cabinet members has a direct impact on the countries’ economies, such approaches give economic playersmixed messages.

The presidents’ approaches vis-à-vis foreign policy, market players and rules, the level of the government’s interference in economy, the distribution of wealth, foreign trade and signs as such contribute to the formation of expectations by economic players and business owners as well as the decisions that citizens make for investment.

Nevertheless, the stock exchange has been one of the most challenging markets over the past year. The General Index of the stock market stood at 1 million 147 thousand units before the presidential election and has now risen to 1.2 million units.

Under such circumstance, economic analysts making predictions about the future of the stock exchange believe that at the moment, it is not clear how developments pertaining to the JCPOA will unfold on the one hand, and, on the other, it remains unknown what approach the new administration’s economic team will adopt toward some of the policies which impact capital market companies.

Meanwhile, we should wait and see how global prices will be in the coming months.

They believe such ambiguities make it difficult to predict the market in the long run. However, if global prices do not drop, the market will not see any nosedive until this year’s end.

Accordingly, Meisam Hashemkhani, a capital market expert, says a good stock exchange is one which does not face positive or negative intervention.

He says the General Index of the stock market in the next six months cannot be growth-oriented.

In his estimation, the very same people who became happy over President Hassan Rouhani’s inviting people to invest in the stock exchange adopted a different stance several months later, saying the government should not interfere.

He says the positive reports released by companies can help make indices positive, too, but it will not be the only reason which has changed this trend.

He says the course of events has fueled expectations that inflation will return to economy. On the other hand, many shares and stocks reached attractive points for investment after experiencing a nine-month nosedive.

“Whether or not this trend will continue depends on the approach adopted by the next administration,” he says.

“The make-up of its economic team and even the policies adopted by the next administration can impact the trend of equity prices on the stock market,” he adds.

“Before launching their election campaigns, all candidates and their campaign teams knew that the rate of market penetration into families in the country has increased, and that focusing their campaigns on this could be attractive for people. Therefore, many of the comments made could be viewed as a campaign strategy,” he says.

“If we believe the capital market should make its presence felt in economy, we should safeguard investors’ rights let them act in accordance with the free market mechanism in the country and let economic competition take place,” Mirmoeini says.

He says if the capital market is to grow, the cash flow into the market should not be spent on agiotage and playing with numbers and figures.

“It is necessary that a special position be defined in the government for the president of the Securities and Exchange Organization in order to be able to make better planning, so that this person can be present in the government and defend the capital market,” he adds.

“I believe the president, too, should call for the drawing up of two -5-year or two 10-year plans, so that we would know what to do in order to develop the stock exchange,” he says.

What is the Housing Market Going Through?

The housing market is in the doldrums these days.

According to experts, the major reason behind the stagnation in the market is a shortage of houses, though the role of middlemen cannot be overlook.

The latest official report on housing prices indicates that the average price for a square metre of a house or apartment sold through real estate agents in May was around 290 million rials.

At the moment, housing market experts believe the slowdown in the market is here to stay due to a more-thatn-400-percent rise in prices in the recent three years.

Meanwhile, some real estate agents say the situation of the housing market has changed from “waiting for a relative boom” to “waiting to see the performance of the future administration.”

Beitullah Sattarian, a housing economy expert, says issues such as economic growth, development budget, an increase in the cash flow, the outlook for economic growth on the back of JCPOA talks and relations with China indicate that major economic indicators in the housing market are not moving toward stagnation or a drop in prices.

Despite this analysis, some other experts such as the head of the Realtors’ Trade Union are optimistic about the future of the housing market.

Mostafa Gholi Khosravi says President-elect Ebrahim Raisi has put the development and growth of the housing market high on his agenda.

“My prediction is that that in the future, variables which will bring down housing prices will overcome factors which could increase prices. So, we expect prices to become stable. Moreover, we will get out of the current stagnation,” he highlights.

Will the Auto Market Get out of Stagnation?

Domestic auto makers have faced many difficulties due to unprecedented stagnation in the car market.

Many experts believe the auto market will grow in the future administration, but the current problems will definitely be removed in the long run.

Some experts predict that prices of domestically-manufactured cars will increase in the future again, but “how much” remains to be seen.

They also believe it would be risky to purchase foreign cars as their prices are likely to drop.

On the other hand, some believe the auto market will not become turbulent in the next four years and that prices will remain relatively stable.

In their estimation, the revocation of price fixing by the government, reduction of tariffs and allowing imports are the only factors which could solve the problems facing the auto market.

In this regard, auto industry expert Farbod Zaveh says the automobile industry has, due to frequent intervention by government executives, turn into a symbol of inefficiency and corruption caused by state management.

“It seems the president-elect does not have much time to make difficult decisions in the domain of economy as a whole as well as in every single constituent of the auto market because the problems are so great that they should be tackled head-on, and it will be risky to keep moving on with the motto-oriented management,” he says.

He says Iran’s economy expects the new government to open up the market and industries.

“Markets have always been an arena for conflict of consumers and suppliers’ interests,” he says.

According to him, launching a large chain of small and medium-sized companies can create many job opportunities in the auto industry.

He also says providing inexpensive financial resources as well as using financing and re-financing lines can make it possible to supply cars to consumers by installments, which could help tackle the stagnation on the market.