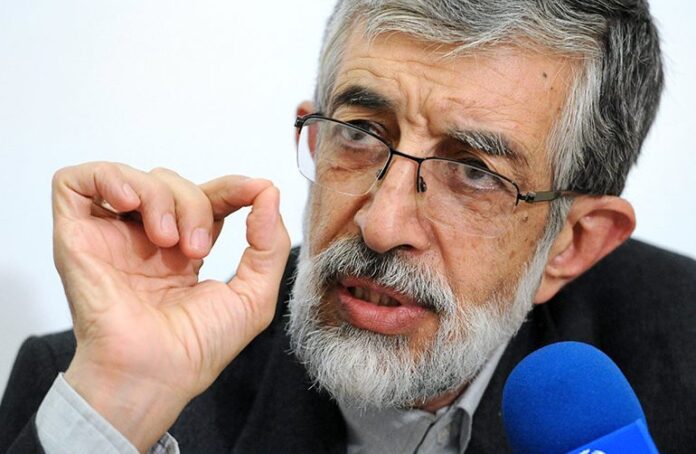 Gholam-Ali Haddad Adel believes that the tenth parliament will have a special identity not similar to any of previous ones, because the radical lawmakers of sixth and ninth parliaments will not be present in this parliament.

During the parliamentary elections held on Friday across Iran, conservatives lost all the seats in the Iranian capital to reformists and pro-government candidates, and this to some extent changed the formation of previously conservative parliament of Iran.

Gholam-Ali Haddad Adel, the prominent Iranian conservative who was the spokesman for the Great Coalition of Principlists – one of the two major sides in the February 26 elections – believes that the tenth parliament will have a special identity not similar to any of previous ones, because the radical lawmakers of sixth and ninth parliaments will not be present in this parliament.

“The results of parliamentary elections are not finalized yet, and there will still be run-off elections in some towns and counties. If we would like to make a realistic prediction using our experience, the tenth parliament will not be similar to any of previous nine parliaments,” Haddad Adel said on the sidelines of a ceremony.

“The tenth parliament will have a special identity, because it lacks the radicals and norm-breakers of the sixth and ninth parliament,” he added.

“It is believed that the conservative camp has the majority in the tenth parliament, and moves can possibly be made to make reformists and conservatives have further cooperation with each other,” Haddad Adel, who is a former parliament speaker, noted.

“Conservatives are satisfied with the results of these elections; although they did not win the elections in Tehran, this coalition has taken root, and we will try to keep it for future,” he said.

Haddad Adel further referred to the defeat of conservatives in Tehran, and considered it as a result of Tehran’s special conditions.

“All factions have the right to protest. Conservatives or reformists both can protest at the final results. There is no problem with raising one’s objection through the legal mechanism, but bringing your fans into the streets is very bad. Protests should be pursued through legal mechanisms, and everyone should submit to law. I myself have no intention to raise objection, however,” the leading conservative went on to say.

He also anticipated that in the run-off elections, the conservatives will make it to the parliament in larger numbers.