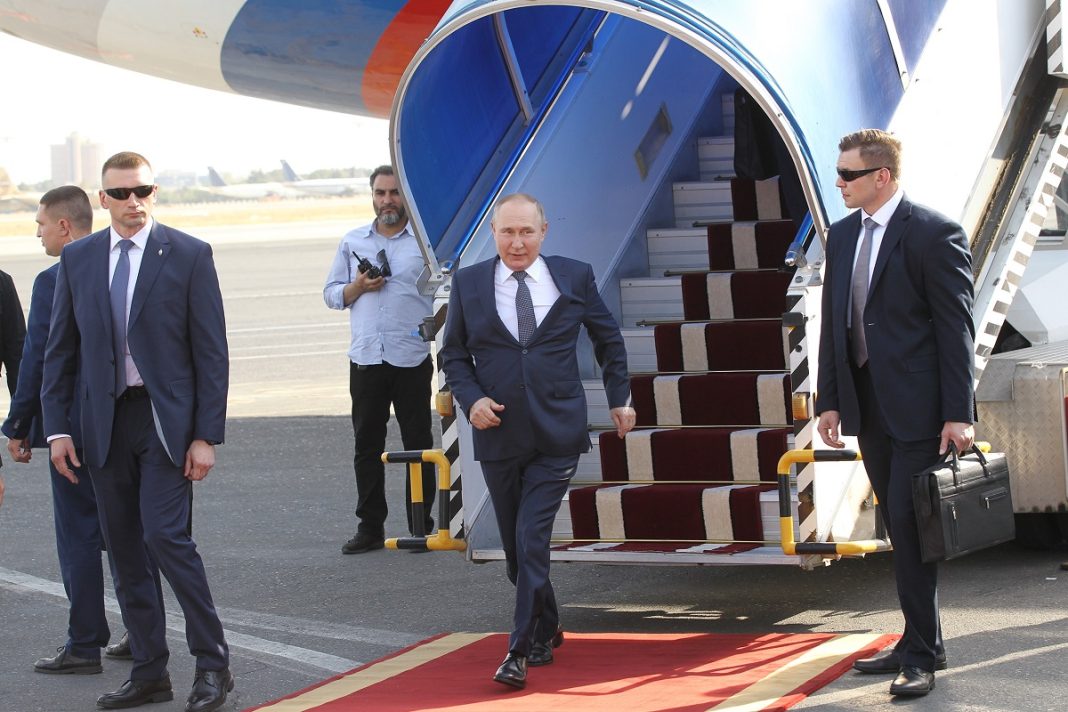 Russian President Vladimir Putin is in Tehran on an official visit to join a trilateral conference on the Syria peace process and hold talks with the Islamic Republic’s high-ranking officials.

Iran, Russia, and Turkey are the three guarantors of the “Astana peace process” designed to bring the Syrian government and opposition together at the negotiating table and end more than 11 years of conflict in the Middle Eastern country.

During the trip, Iran and Russia are also expected to hold bilateral meetings, during which issues ranging from the war in Ukraine to Iran’s 2015 nuclear deal with world powers could be discussed.

This is Putin’s first visit to Iran since the takeover of Iranian President Ebrahim Raisi last August.

Earlier on Tuesday, he sat down with Leader of the Islamic Revolution Ayatollah Seyyed Ali Khamenei for talks on regional and bilateral issues.