Probiotic Foods: A Must in Daily Diets of All 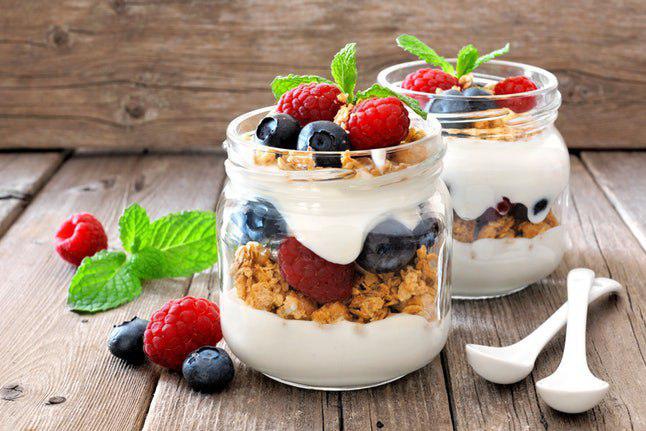 Probiotic foods are very beneficial to health if added to our daily diet as they boost the performance of the digestive system.

Probiotics are live bacteria which are good for health and the digestive system. They can also help boost the immune system while improving the health of the digestive system. We humans used to receive many probiotics in our daily diets with the consumption of natural foods in the past. But unfortunately, this is not true in today’s world.

In the early 20th century, they believed probiotics would be beneficial to the host’s body by improving the microbial balance of the intestines and countering pathogenic and poison-inducing bacteria. Today, elaborate studies have been conducted and registered on the special effects of probiotics, namely fighting chronic diseases which cause inflammation in the intestines, as well as preventing and curing diseases causing diarrhea, infections of the urinary and reproductive systems, some allergies and syndromes of the intestines and chronic intestinal inflammation.

The main function of probiotics is to ease the movement of food in your intestines. A regular and proper movement in the intestines is more important than what you think. If you do not have enough probiotics, you may suffer certain conditions such as digestive problems, candida infection, influenza, skin problems and self-immune diseases.

Probiotic is also used as an adjective referring to the kinds of food containing such bacteria. Probiotics are not only included in human food, but used profusely in industrial poultry feed.

As probiotic products contain bacteria which have positive effects on the health of users, probiotic bacteria used in goods should preserve their functional and beneficial properties to contribute to people’s health. These properties include the growth and survival of organisms during the production and preservation of products as well as after the consumption while moving from the stomach to the intestines. The doze of the probiotics used plays a key role in the existing density in different parts of the digestive system. Still, not everyone knows how to utilize the advantages of probiotics. We have introduced a list of foods containing probiotics for those who would like to use probiotics naturally and who prefer natural foods to probiotics pills and capsules.

Milk: Go for the types of milk enriched with probiotics. You can find different kinds of probiotic milk from among the dairy products of different brands.

Cheese: Probiotic cheese is also available on the market. Gouda, cheddar, mozzarella and some types of pasteurized cheese such as lactic cheese are among the dairy products containing probiotics.

Dark chocolate: Chocolate alone does not contain probiotics, but researchers have found that chocolate helps carry and absorb probiotics in the body. But how? Dark chocolate helps these living bacteria to survive when facing the strong PH of the digestive system and to make it all the way to the intestines. Due to the protective property of chocolate, probiotics can be added to high-quality chocolate or chocolate milk.

In order for the digestive system to have the best performance, enrich your diet by adding probiotic foods. You may also use a good probiotics capsule as a complement.