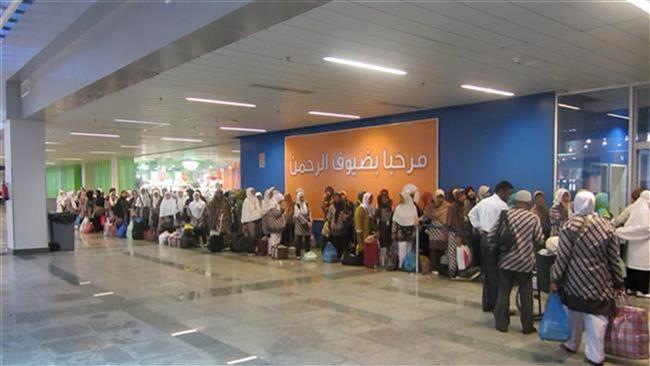 A Saudi criminal court has sentenced two Saudi officers who molested two Iranian teenagers at the Jeddah airport to four years in prison and 1,000 lashes.

According to a Saudi security official, who spoke on condition of anonymity, the sentence was handed down to the two officers by the criminal court of the Red Sea city of Jeddah on Wednesday.

Saudi news website Sabq also confirmed that the verdict has been issued.

Saudi Arabia’s Interior Ministry had previously pledged that the kingdom’s legal system would “ensure the strictest penalties for perpetrators of these type of crimes, which are condemned by all sectors of Saudi Muslim society.”

On June 1, the two criminal police officers were tried at the seventh branch of Jeddah’s Criminal Court.

Deputy Foreign Minister for Consular, Parliamentary and Iranian Expatriates Affairs Hassan Qashqavi said that during the hearing session earlier this month, “Jeddah’s attorney general, with reference to religion and law, called for the death penalty” for the two officers.

Performing body search on passengers at the King Abdulaziz International Airport in Jeddah back in April, the two Saudi officers, whose identities have not been disclosed yet, reportedly sounded off the alarm at the gate, took the Iranian teenagers — aged 14 and 15 — away and subjected them to indecent acts.

Iran strongly reacted to the amoral and inhumane act, summoned the Saudi charge d’affaires, and submitted a note of complaint to the Saudi government.