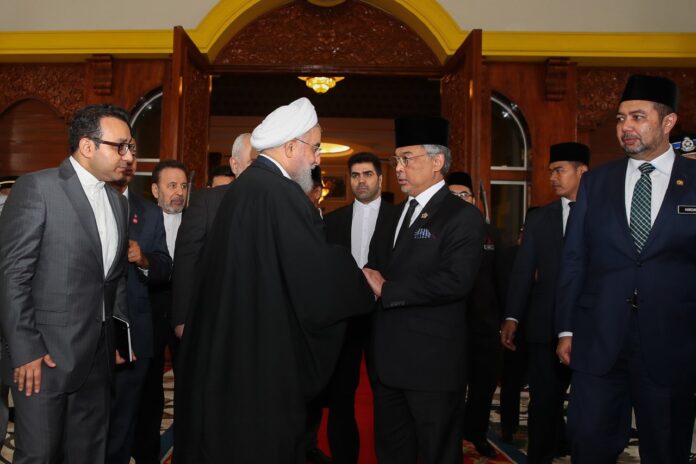 President of Iran Hassan Rouhani has emphasized that the issue of Palestine should come under the spotlight in the ongoing KL Summit 2019 in Malaysia.

“Palestine is one of the chronic ulcers in the Islamic world, and this issue must be seriously taken into account at the Kuala Lumpur Summit,” President Rouhani said in a meeting with Malaysia’s constitutional monarch and head of state, Abdullah of Pahang, held in Kuala Lumpur on Wednesday.

Deploring the displacement of Palestinian people during the past 70 years, the Iranian president said the settlement of problems would be impossible without Muslim cooperation and solidarity.

President Rouhani also lauded the Malaysian prime minister’s “timely” move to hold the KL Summit to address the Muslim world’s problems, saying the three main concerns in the Islamic world are the issue of Palestine, the big powers’ interference in the domestic affairs of Muslims, and the necessity for scientific and economic progress.

In turn, the Malaysian king lauded President Rouhani for participating in the summit in Kuala Lumpur, saying Iran’s presence has elevated the level of the conference.

Abdullah of Pahang also highlighted the Malaysian government’s efforts to improve conditions for the Iranian university students in his country.

The two senior officials also discussed the bilateral relations between Iran and Malaysia, and stressed the need to broaden the economic, cultural and popular relations.